Home Procurement News Are robotic boats the next transportation innovation?

Are robotic boats the next transportation innovation? 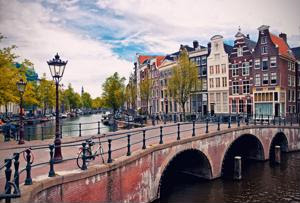 Robotic and automated processes have emerged along supply chains across the globe, presenting businesses with new, cutting-edge solutions for improving workflow efficiency, increasing accuracy and reducing costs. And as machines continue to become more intelligent and self-learning, they are expected to disrupt the operations of organizations across virtually every sector.

Commercial and retail supply chains, for example, have recently been teased by the possibility of soon being able to make residential deliveries to consumers using drones or unmanned aerial systems (UAS). Although still largely in the testing and regulatory-development stage, the flying robots have showed promising signs for future applications, with companies such as Amazon, 7-Eleven and Flirty all playing a hand in demonstrating how they could be used outside manufacturing and warehouse facilities to enhance operations. Ideally, these self-flying machines would provide organizations with a way to make quicker deliveries while reducing costs.

And it seems that, eventually, autonomous vehicles could make their way into the shipping industry. According to The Verge, the Amsterdam Institute for Metropolitan Solutions recently revealed that MIT researchers, as well as the Delft University of Technology and Wageningen University and Research, are collaborating on a new research project, forecast to span the next five years, in which they will study the possibilities of self-driving boats.

"Imagine a fleet of autonomous boats for the transportation of goods and people," MIT Principal Investigator and Researcher Carlo Ratti said, according to the source. "But also think of dynamic and temporary floating infrastructure like on-demand bridges and stages that can be assembled or disassembled in a matter of hours."

In what they referring to as "Roboat," this research initiative will have €25 million, or $27 million, in funding, The Verge reported. Furthermore, the goal is to have prototypes for the self-driving boats in Amsterdam waters by next year.

This project is about more than enhancing transportation, though. Those involved explained to the news source that they will also be considering ways in which the robots may help improve environmental and health issues. For example, they want to use data collection, sensor and monitoring tools in sewer systems to create safer conditions. Additionally, one of the researchers suggested that the floating robot boats could be useful in combating the rising sea levels plaguing certain regions.

Although still very much in its infancy, the development of floating robotic boats indicates where the future of shipping and maritime transportation may be headed.