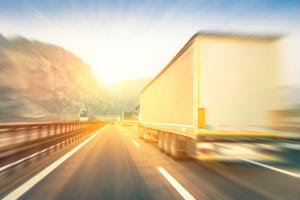 Not too long, retail giant Wal-Mart, Inc. revealed that it would be making adjustments to its delivery standards - modifications that would greatly affect the supply chain operations of its suppliers, Logistics Management reported. Beginning in February 2017, the organization will be enforcing a new rule that makes it so its shipping partners will have two days to make deliveries (as opposed to the four days they previously had). Furthermore, the suppliers will be required to meet a 95 percent compliance rate, 5 percent higher than it is now. According to the source, Wal-Mart has said that if suppliers make non-compliant deliveries, they will be subject to pay 3 percent of the total costs of those goods.

Supply chain issues emerge
It is understandable why Wal-Mart would feel pressured to implement stricter regulations and policies for its supplier networks. The ever-evolving retail industry is fraught with competitiveness, with many big-name brands racing to uncover opportunities to reduce costs while also expediting delivery times. And, given the pivotal role third-party partners and vendors play in the success and performance of an organization, it's easy to see why the retail giant would double down on its efforts to enhance supplier management.

Furthermore, the source added that Wal-Mart has attributed these kinds of adjustments as just some examples of its broader effort to "streamline its supply chain and cut costs," especially because "stores are no longer acting as warehouses, with too much inventory in back stock rooms or in trailers behind stores. Wal-Mart wants merchandise to arrive in stores just in time to restock shelves and serve customers."

However, regardless of the well-justified reasoning backing Wal-Mart's stricter delivery changes, they are still presenting suppliers with a handful of obstacles.

"There is serious skin in the game with these mandates for shippers that serve Wal-Mart," Andrew Lynch, president of third-party retail logistics company Zipline Logistics, told Logistics Management. "Falling below 90 percent on-time delivery for 3 percent of the invoice fee is a monster and will be even more so when it goes up to 95 percent."

Lynch added that, although these changes make sense considering recent trends and align with the moves Wal-Mart needs to make following its acquisition of Jet.com, there is still a lack of awareness among suppliers - due, at least in part, to inefficient communication from Wal-Mart.

Keeping with industry trends
These specific changes are just one example of some of the major updates Wal-Mart has made that are affecting suppliers. Reuters recently reported that the retail behemoth has put pressure on suppliers to implement price cuts and cost sharing - making requests that are particularly more demanding than they typically have been.

"There might be unpleasant conversations but ultimately we want to do right by our suppliers because we want to create strategic relationships," Spokesperson Bill Durling said, according to Reuters. "We want them to be along with us for the ride as we continue to grow."

Another spokesperson, Deishe Barnett, explained that supplier relationships are a critical component of Wal-Mart's success and that it plans to work alongside its partners to establish mutually agreeable terms. Reuters noted that these new terms and regulations were developed with the goal of keeping pace with industry trends and, although they may be new to Wal-Mart, have been already been used by other retailers throughout the market.