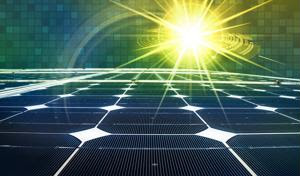 When it comes to being socially or environmentally responsible, Apple Inc. hasn't always had the best reputation. However, the tech giant is making some significantly attempts to change that.

This week, the company announced that it has joined RE100, a worldwide renewable energy initiative, and declared that it is committed to driving clean energy throughout its supply chain and hopes to eventually make it entirely renewable.

"Apple is committed to running on 100 percent renewable energy, and we're happy to stand beside other companies that are working toward the same effort," said Apple Environment, Policy and Social Initiatives Vice President Lisa Jackson. "We're excited to share the industry-leading work we've been doing to drive renewable energy into the manufacturing supply chain, and look forward to partnering with RE100 to advocate for clean-energy policies around the world."

According to the press release, Apple operations in 23 countries (including China and the United States) use 100 percent renewable energy already. Furthermore, last year, the majority, or 93 percent of its global operations were powered using renewable energy.

Suppliers pledging sustainability
The smartphone manufacturer has invested in clean energy projects, including the development of an Arizona-based solar panel farm, which will power its global command data center.  And it's not just its own internal operations Apple is focused on making more "green."

The source also said that it is working to help transition its major suppliers to renewable energy. For example, Solvay Specialty Polymers, a maker of iPhone antenna parts, recently pledged to use 100 percent renewable energy in producing supplies for Apple by the end of 2018, which includes 14 manufacturing centers spanning 8 countries. Similarly, Catcher Technology, a manufacturer of aluminum enclosure, made the same promise - which means it will be reducing annual emissions by almost 600,000 metric tons.

And these are just a few examples. The amount of clean energy accounted for by all the Apple suppliers that have made renewable commitments in manufacturing products over the next two years so far equals more than 1.5 billion kilowatt hours per year. The source noted that this amount is comparable to how much electricity is consumed by more than 1 million houses in China.

Committing to clean energy
According to Mashable, Apple's global supply chain is responsible for approximately 77 percent of its total carbon dioxide emissions. And, because most of these suppliers are organizations that it does not own or manage, it can hurt efforts to ensure 100 percent renewable energy is used.

"So Apple can say, if you're using iTunes, that's from 100 percent renewable electricity, but they can't necessarily say the same for your Macbook Air," Emily Farnworth, member of the nonprofit organization The Climate Group, which is directing the RE100 campaign, explained to the news source.

Mashable also noted that, considering Apple's popularity, these efforts demonstrate that the brand is using its position to positively influence the conversation surrounding climate change, indicating the importance of companies moving toward more clean, renewable sources of energy - especially along supply chains.