Excellence in Procurement, it’s about time…(Part I) 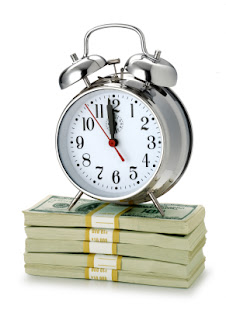 Victor Hugo once said that Nothing is more powerful than an idea whose time has come, and in the world of procurement, I couldn’t agree more. I personally have witnessed instances in which it’s almost as if a magical trigger is pulled and suddenly all procurement entities align towards a shared vision, processes are optimized, initiatives are kicked off, and a strong drive towards excellence in procurement is embedded across the organization.
The reality though is that “excellence”, especially in procurement, is not a concept that is widely addressed, and unless it’s triggered by drastic organizational shakeups involving sudden and accelerated actions, the strategic relevance of procurement is often underestimated. Situations such as a mergers and acquisitions, IPO efforts, divestitures, or really any new market conditions that represent risks and opportunities will open up the right conditions to revisit the procurement operation as a whole and for the most part will generate the adequate visibility and sponsorship to get things done.

Remember that excellence in procurement – as in everything else – is not a process, but a mindset, it’s a concept that in order to work, it must first be implanted in everyone’s mind. The very reason why organizations kickoff ambitious initiatives in procurement transformation when “situations” like the ones mentioned above occur, is because everyone is aligned (or sometimes forced) to act towards a common goal and the “best interest” of the company by mandate of its leadership.

That being said, in order to really embrace a culture of excellence, companies shouldn’t wait until those conditions present themselves, but instead prompt those procurement strategic efforts at a holistic level and initiate transformative efforts towards excellence on their own.  Consider that excellence is not something we do, it is something we are. It entails a never-ending state of improvement, in which we challenge ourselves, our processes and even our suppliers constantly in which we try to raise the bar at every possible opportunity. But excellence is also about balance, it’s about doing all those things while not exhausting resources or overburdening out teams, it’s about knowing when to hit the gas and when to hit the brakes.

As pretty as this sounds, the abstract nature of these ideas is hard to put in practice without a roadmap. So how do we achieve excellence in procurement?

We need to start by recognizing the strategic value of the procurement operation within the organization, and acknowledging the gaps and strengths of the current status of OUR operation. Excellence in procurement doesn’t only mean reaching a point of “world class” operations as quickly as possible, but a state is which a perpetual state of improvement can be achieved. In other words, a procurement department that has lean processes, strong technologies, capable people, and implemented best practices and can be consider best in class across these dimensions is not necessarily in a state of excellence; while it is certainly better suited to support the strategic goals of the company and poised to achieve results rapidly, that doesn’t mean it will never become stagnant or will struggle with innovation. On the other hand, a procurement department that runs archaic technologies and operates under convoluted processes is not necessarily doomed, and though it will very likely be in a much direr situation to support the organization strategically, it could still achieve a state of excellence.

On my next posting I will focus on the transformative efforts that must occur to challenge the status quo and eventually change the paradigm towards sustainable excellence. In the meantime, I hope to see you at the Council of Supply Chain Management's (CSCMP) Annual Conference from September 25-28 in Orlando, FL!
Best Practices, Events, Procurement Transformation