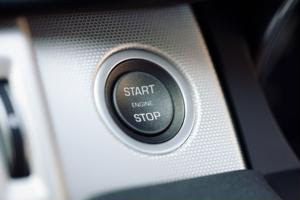 Earlier this month, Volkswagen AG found itself in hot water when some of its parts suppliers accused the car maker of failing to deliver on its contracts - a controversy that was only settled once Volkswagen agreed to pay millions of dollars in contract damages. However, although a fair agreement was reached, the incident caused massive delays in production at multiple plants and impacted about 23,000 workers.

To prevent such a disruption from repeating itself, Volkswagen Chief Executive Matthias Muller said that he is going to be reassessing the company's approach to procurement, The Irish Times reported. This analysis will include taking a second look at supplier contracts, particularly those that make it so the car maker relies on one vendor.

"We will of course look into questions such as multi-sourcing, single-sourcing," Muller said, according to the news source. "We will look at our procurement contracts and try to optimize matters with all suppliers."

The Irish Times explained that it is a popular practice within the auto industry to try and steer clear of relying too heavily on a single supplier. This decision, the source noted, is fueled primarily by the dispute that occurred between VW and Prevent - the parent company of the car maker's two suppliers, Car Trim and ES Automobiluss - when Prevent licensed Car Trim to manufacture parts for luxury brands of vehicles. People familiar with the matter, the source explained, said that Prevent "retaliated by moving some of Car Trim's financial claims against VW to Automobilguss."

Fortune pointed out that there isn't a very high likelihood that another supplier-related altercation will unfold as this most recent one did - the reason being that many of Volkswagen's partners belong to Germany Auto Industry Association, VDA, and adhere to a certain code of conduct for conflict resolution.

The source added that companies throughout the auto industry are facing increased pressure to uncover cost-savings opportunities, with the lack of supplier options making the landscape more competitive.