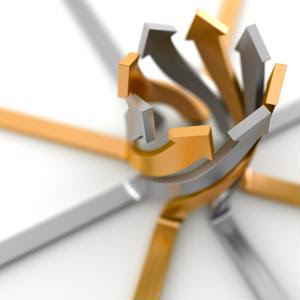 Across the globe, retail supply chain managers are ramping up their efforts to improve operational efficiency and adjust strategies to gain a stronger share in the online marketplace. The biggest source of competition for most comes from e-commerce giant Amazon.com Inc. So it makes sense that some companies may be considering combining their organizations to further fuel their power.

Among the latest of such potential deals is one involving Wal-Mart Stores Inc. and Jet.com Inc, according to The Wall Street Journal. If Wal-Mart were to buy the discount retailer, as it is reportedly in talks to do, it would be one of the biggest pushes the company has made thus far to rebuild its e-commerce strategy and expand its warehouse, distribution and fulfillment network. One of the greatest benefits that Wal-Mart would glean from this purchase, the source indicated, is the advanced pricing and online delivery technology of Jet, enabling it to leverage more reliance on suppliers and exercise more control over its inventory management.

Restructuring the retail environment
The Wall Street Journal revealed that, although it is still unclear how much Wal-Mart would spend to buy the startup, it is projected to be worth about $3 billion. And while this deal would mark the biggest purchase Wal-Mart has made in six years, whether or not it would be a worthwhile investment is still in question. Kantar Retail Analyst Bryan Gildenberg, for example, explained to the source that he is having a tough time understanding why the world's biggest retailer would invest such a large sum of money in Jet's business right now.

According to the source, Wal-Mart is grappling with how to keep pace with Amazon, which generated $107 billion in e-commerce revenue last year, compared to Wal-Mart's $14 billion. This might help explain why, as The Wall Street Journal reported, earlier this year Wal-Mart Chief Executive Doug McMillon said in an earnings conference call that his company's growth in the online selling sector "is too slow" and expressed the need to elevate the amount of goods sold on the web and increase third-party site accessibility.

However, sharing the sentiment of hesitance, in an article for Fortune Mathew Ingram pointed out that there is no clear evidence that suggests Jet will be able to give Wal-Mart the edge it needs, aside from underpricing Amazon. Rather, Ingram explained, this deal would mean "using strategies that will require massive amounts of funding and therefore hold little promise of ever being profitable. For Jet, a Wal-Mart acquisition would be a huge win, since it would save the company from ever having to prove it has a realistic chance of success."

Logistics of this potential acquisition aside, one thing is for certain: If the deal goes through, it will mean two enemies of Amazon will be joining forces and pooling their resources together to establish a stronger foothold against the e-commerce giant and a more powerful presence in the online retail market.