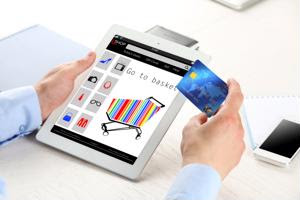 The majority of retail supply chain  managers have been charged with implementing many changes and transformations lately, with a lot of these shifts attributed to changing consumer preferences and the rise of e-commerce. But when it comes to making effective strides in the right direction, it seems some regions are doing a better job than others.

In an article for Logistics Management, Patrick Burnson reported that a recent report found that China is the No. 1 retail market ranked in the 2016 Global Retail Development Index. And, thanks to a rapid growth and better regulations, India came in at No. 2. The GRDI report, which just released its 15th annual version, analyzes the top 30 developing countries that have made the best retail investment improvements across the globe. The goal is to help retailers uncover opportunities for strategic sourcing and and valuable market investments.

In recent months, there has been some widespread concern over the state of China's economy. However, as one of the study's co-authors explained, according to the source, it "is gradually shifting from an investment-driven model to one driven by consumer consumption. The growing middle class coupled with strong demand from inland and lower-tier cities and the loosening of the one-child policy will continue to drive growth over the next 10 years."

Burnson also reported that the retail sales in developing markets have grown by 350 percent and account for the majority of total retail sales worldwide.

Retail supply chain managers should also note that the National Retail Federation has expressed a positive outlook on consumer spending for the retail market this year. Recently, the organization announced that, instead of the 3.1 percent growth rate that was forecast earlier, retail sales for this year are expected to increase by 3.4 percent compared to 2015. In the press release, NRF President and CEO Matthew Shay explained that there are a handful of economic factors that indicate a positive outlook for the retail market, including increased wages, a better housing market and job growth. Furthermore, consumer confidence levels are high and expected to remain so.