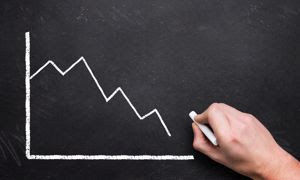 Of the wide array of complications the increasing demand for traceability and transparency along the supply chain has presented businesses with today, being able to see - let alone ensure - compliance of its distance tiers has been among the most challenging. And this was recently exemplified by Target Corp.

According to The Wall Street Journal, the retail giant decided to cut business ties with Welspun India Ltd., a textile supplier, because, Target claimed, the organization sold sheets on the false promise of them being made from premium Egyptian cotton - something that the organization indicated went against its high ethical standards.

In its press release statement, Target explained that the product in question was its Fieldcrest Egyptian Cotton 500-thread count sheets.

"After an extensive investigation, we recently confirmed that Welspun substituted another type of non-Egyptian cotton when producing these sheets between August 2014 and July 2016," the retailer stated. "Neither Target nor Fieldcrest had any knowledge of this substitution. These sheets were produced by a number of vendors and only one of those vendors was substituting product."

Welspun concerned about business outlook
The Wall Street Journal reported that Target was one of the manufacturer's biggest customers and generated approximately 10 percent of its total sales. Other big-name retailers Welspun works with include Macy's Inc., Bed Bath & Beyond Inc., Wal-Mart Stores Inc. and J.C. Penney Co.

Shares of the company dropped 20 percent before trading was suspended, The Wall Street Journal added. Furthermore, Welspun representatives conducted a conference call with investors, during which an equity research analyst explained that it is still too early to come to a conclusion about where things went wrong.

"But, yes, a concern now is that other big clients may begin to look into Welspun's practices," the analyst said. "That is a big concern."

According to The Wall Street Journal, the textile supplier has hired one of the biggest accounting firms to conduct an investigation of its "supply systems and processes." Meanwhile, Target has removed the company's products from its shelves and is now issuing refunds to customers who bought the sheets.

VW Supplier disruption
This occurrence highlights not only the importance, but also the difficulty global companies today have with mitigating risk throughout their entire supply chains, especially when it comes to ensuring the processes and practices of suppliers are up to the same level of standards.

Another high-profile case of supplier-related issues that gained significant attention is the controversy surrounding Volkswagen AG. In a separate piece, The Wall Street Journal reported that, last week, suppliers accused Europe's largest car maker of owing them millions of euros for not delivering on its contracts. This conflict caused massive production delays and affected the working hours of approximately 28,000 Volkswagen workers due to a shortage of parts. However,  an agreement was reached earlier this week between the car maker and its suppliers.

"There's been an amicable and fair agreement also encompassing open financial issues," ES Automobilguss Head Alexander Gerstung said, according to the source. Although the suppliers originally sought about $56 million in compensation, Volkswagen has agreed to pay around $14 million in contract damages.