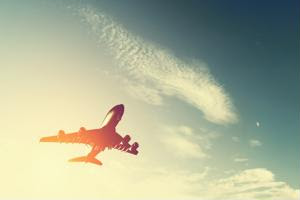 In the latest development of Amazon.com Inc's expansion plans to build out its own distribution and logistics network, the e-commerce titan released its first cargo jet that will be part of its new fleet for Prime Air services, The Wall Street Journal reported. The branded plane, the Boeing 767-300, will be run by Atlas Air Worldwide Holdings, Inc.

"Creating an air transportation network is expanding our capacity to ensure great delivery speeds for our Prime members for years to come," Dave Clark, Amazon's senior vice president of worldwide operations, said in the company's press release. "I cannot imagine a better way to celebrate the inaugural flight than in our hometown at Seafair alongside Amazon employees and Seattle residents."

According to the source, Amazon currently has 11 dedicated planes and plans to release additional ones in the future. This newest one, which is named Amazon One, will be leased through Atlas Air and ATSG - one of 40.

This event is just one example of the many moves Amazon is taking to enhance its delivery and supply chain efficiency and exercise more control over its logistics operations.