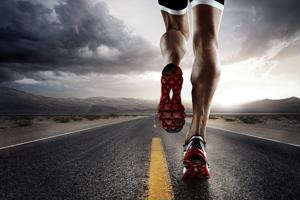 Athletic apparel giant Nike Inc. just announced that it has established a strategic partnership with affiliates of Apollo Global Management, LLC for its supply chain in the Americas. In its announcement, the organization explained that this deal is aimed at increasing its manufacturing capabilities, improving delivery times for its customized products and fueling sustainability investments. In addition, this new arrangement will enable Nike to operate its supply chain using a more vertically integrated approach, an effort that will be further developed with the acquisitions it expects to make in the future of textile and apparel suppliers located in North and Central America.

"We are excited to be working with Apollo to rethink a new supply chain model to revolutionize apparel manufacturing in the Americas," Nike Chief Operating Officer Eric Sprunk stated. "The new company, under Apollo's leadership, is committed to embedding sustainability and transparency into the business, investing in new technology, vertically integrating critical elements of the supply chain and delivering the best Nike performance product to our retail and sports partners."

Apollo Co-Founder Josh Harris added that the company is excited about this opportunity and believes it will allow the brands to better meet the rising demands and expectations of today's consumers, noting that this partnership indicates Nike's mission to foster long-term sustainability, growth and innovation.

According to FX News Call, prior to this new supply chain deal, the leading athletic clothing and footwear retailer had been dealing with some logistics challenges. One of them, product delays, led to the corporation opening up a new Memphis-based distribution facility. The source also noted that Nike has struggled to compete with other brands in the industry, including Under Armour and Adidas AG. And, although it recently experienced an earnings increase of 6 percent, its sales have remained unchanged in North America.

Nike's press release revealed that the specific agreement terms were not released. However, what is known is that the foundation of this newly-formed supply chain organization is made up of two businesses it purchased: New Holland, an apparel manufacturing company, and ArtFX, a warehouse and logistics provider.