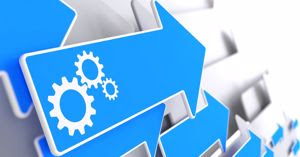 The Internet of Things, machine learning, artificial intelligence and robotic processes have gained significant traction among supply chains over the past several years. Enabling better workflow optimization and management, digital technologies have proved to be a valuable tool in business operations, particularly for companies in the e-commerce, manufacturing and shipping industries. And the latest plans revealed by one of the world's biggest transportation carriers are a testament to just how far digitalization has come.

UPS Inc. is currently undergoing a development project to completely automate its package and delivery facilities in at least 30 locations across the United States, DC Velocity reported. The undertaking is expected to be finished by 2020 and the supply chain automation could lead to as much as a 25 percent uptick in productivity. According to the source, the project includes 27 ground and 3 air hubs which, combined, account for approximately 60 percent of UPS's business.

Optimizing operational efficiency
In addition to the operational automation of its tier one hubs, which include distribution centers located in California, Texas and Colorado, UPS plans to implement an ORION route optimization system, Multichannel Merchant reported. In a conference call with analysts about second quarter earnings, the source said, UPS President of U.S. operations Myron Gray explained that the system is expected to be completely in place by the end of this year, with almost 10 miles driven per driver projected in savings.

"For example, this quarter we saw our delivery stops growing more than 3 percent on 2.5 percent average daily volume gains," Gray said, according to the source. "However we were able to reduce our miles driven by three tenths of a percent which helped keep our costs per piece down by two tenths of a percent. So as the volume continues to grow our wages are growing at a lesser pace than the volume."

Multichannel Merchant noted that UPS e-commerce operations is expected to expand due to strong levels of consumer spending. Furthermore, DC Velocity added that the company, which handles over 18 million global shipments every day, did not reveal the total amount being spent on the automation project. However, representatives have revealed that UPS has a 2016 capital expenditure budget of $2.5 billion.

As one of the biggest packaging and distribution giants worldwide, this move by UPS signals the direction many other companies in the sector may soon be taking.