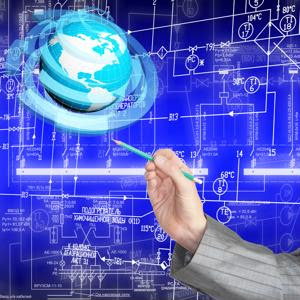 To accommodate the rise of e-commerce sales, Wal-Mart is undergoing a supply chain overhaul and spending billions to become more digital-oriented, the Wall Street Journal reported.

This transformation consists of creating, updating and amplifying its technologies, including payment processes, website functionalities, database and software systems and cloud computing infrastructures.

Strategic acquisitions facilitate technology transformation
According to the WSJ, Wal-Mart has acquired 15 tech companies since 2011. In the process, the company gained crucial team members, some of whom currently play an integral role in recent digital developments.

In an interview, Jeremy King, former engineer and chief technology architect for LiveOps and eBay, told the Northwest Arkansas Democrat Gazette that, initially, he had no interest in working for Wal-Mart, despite the company's multiple attempts at recruiting him.

Now, King is the chief technology officer of Wal-Mart's global e-commerce division. He changed his mind after the retail company bought Kosmix, a social media firm that specialized in e-commerce, for $300 million in 2011.

"That was when they signaled to the world they were serious about making a change," King explained to NWA Online. "That was the catalyst for me to take an interview. Until then, I wasn't sure they were serious."

The e-commerce division is currently working to fine-tune Wal-Mart's search engine capabilities in a way that will allow for more a personalized and engaging online shopping experience.

King recently told WSJ reporter Kim Nash that he plans to replace commercial software with original open-source software developed by Wal-Mart's engineering, data science and IT specialists. It will be used to improve the speed and capabilities of many company operations, he added.

"My peers, they think I'm out of my mind," stated King. "Most people don't replace entire systems in one shot, especially with from-scratch development. But given how rapidly this place is changing, we didn't have time to screw around."

The future of Wal-Mart in online retail
While the brand hopes its new changes will help improve sales both in-store and online, Wal-Mart plans to spend $2 billion on e-commerce solutions over the next couple years. The retail company wants to focus on enhancing omnichannel purchasing and keep up with the technological advancements of Amazon.com and other major competitors, the WSJ reported.

And it seems Wal-Mart is already seeing results. Last month, it announced third-quarter earnings, which revealed a 10 percent global increase in e-commerce sales.

In addition to developing an online grocery shopping service and building a unique platform for cloud computing, Wal-Mart is also working on developing drone delivery technology, according to Supply Chain 24/7. It has already submitted an application for approval to begin drone testing in warehouses and distribution centers.