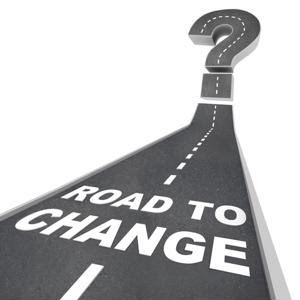 This year, the World Shipping Council and International Maritime Organization announced that, as of July 1, 2016, all packed containers would need mandatory weight verification before being exported. This amendment, made to the Safety of Life at Sea Convention, was intended to increase safety regulations for merchant ships.

Included in these SOLAS guidelines was the statement that said all participants along the supply chains would be expected to adhere to the new policies. However, not all manufacturers and shippers felt the updated regulations were fair.

Changes to supply chain cause for concern
The Wall Street Journal revealed that industry professionals had some serious concerns. Some told the source there wouldn't be enough providers or equipment to handle mandatory weight verification on all containers. Others argued it would lead to additional costs for supply chains and slower transportation times. The executive director of the Agriculture Transportation Coalition added that he would be asking for a margin of error due to weight fluctuations of certain items.

The announcement of the new mandate left many companies upset and worried. Looking to clarify and alleviate some of the confusion, the WSC, International Cargo Handling Coordination Association, Global Shippers' Forum and the TT Club released a document of frequently asked questions about container weight verification.

One of the questions pointed out that requiring the gross mass weight verifications of all shipping containers would not be enough to achieve the intended goal of enhancing the safety of operations throughout industry supply chains. This regulation is ineffective, the question indicated, since many problems that occur during transportation are attributed to loads not being distributed or secured correctly.

In its answer, the broad coalition explained that it has worked to minimize these types of incidents by developing the "Code of Practice for Packing Cargo Transport Units." Though it isn't mandatory to be used along supply chains, it is meant to guide shippers in best practices for safe and secure cargo packing and loading.

Industry regulators clarify shipper confusion
"The FAQs have been developed by the industry coalition in response to numerous questions from shippers, carriers, forwarders and terminal operators about the steps they must take to ensure successful implementation of the new regulations," the TT Club said in a statement.

The source revealed all the questions on the list were based on ones stakeholders actually inquired about and that the coalition plans to regularly update the FAQs document as additional concerns surface.