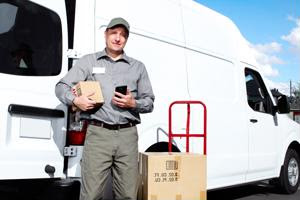 Managing the increased volume of inventory during the holidays is an issue most supply chains are forced to deal with every year.

However, this year, it seems United Parcel Service, Inc. is experiencing especially difficult obstacles with the fulfillment of on-time delivery, The Wall Street Journal's Laura Stevens reported, mainly due to the rise in online orders.

The distribution delays aren't mild, either. The source reported that, based on a ShipMatrix Inc. analysis, the transit times of ground packages delivered by UPS have fallen by as much as 91 percent compared to its normal delivery times.

Rise in e-commerce stresses supply chains
As more consumers begin shopping online, many major retail companies are finding it necessary to adjust supply chain operations to support the exponential growth in e-commerce activity. Unfortunately, this is a complication made even more difficult during the holiday season, when U.S. consumer spending is at its highest.

According to Reuters, the Commerce Department has revealed customer spend steadily rose the last few months, with an estimated 0.6 percent surge in retail sales and 0.4 percent non-auto inventory increase in October alone.

More than two-thirds of America's economic activity can be attributed to consumer spending, Reuters reported, and this activity has brought the consumer sentiment index from a 91.3 in November to this month's 91.8.

The strain UPS' supply chain faces is due, in large part, to an insufficient number of employees and not enough warehouse equipment to manage the accumulating volume of inventory, Stevens noted.

"Volumes are coming in much higher than planned," Spend Management Experts CEO John Haber told the source. "You can only process so much volume so quickly."

Part of this issue, a UPS representative said to Stevens, is that there are particular locations in which the company has received higher inventory rates than it originally anticipated having.

Supply chain solutions for rising inventory volumes
Due to? the overwhelming demand for extra pick-ups and deliveries along the supply chain, UPS has already begun trying to resolve the issue. Stevens reported that the company has relocated managers from its Atlanta corporate headquarters to delivery facilities in Texas and New York.

Another example of how the carrier is trying to remedy the problem was recounted by Andrew Barrall of Albany, New York, who told Stevens that after ordering garage door openers online over Thanksgiving, his package was ultimately delivered by a manager "at 8:30 p.m. in a rented truck one week after arriving at the delivery facility 5 miles from [his] house."

Though Stevens said the details of FedEx and the United States Postal Service delivery rates are not as clear, together, these three companies are responsible for shipping approximately 1.5 billion packages throughout the holiday season.

The WSJ article also revealed that UPS is likely working hard to avoid the same supply chain issue that plagued it in 2013, when the carrier company, along with FedEx, was unable to manage on-time delivery operations because of overloaded systems.

Since 2013, UPS has managed to enhance supply chain volume proficiency by 6 percent, exceeding cost predictions by a couple million dollars.