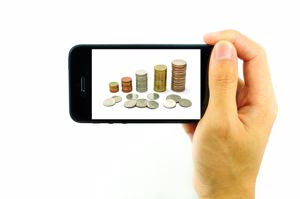 A number of analysts have recently indicated that weaknesses along Apple Inc.'s supply chain will result in a sales and distribution decrease over the next year. This week, Apple shares slipped to to $110 this week, The Wall Street Journal reported. It was also released that the suppliers have dealt with accumulating inventory, which may lead to a decrease in production.

Supply chain shortcomings indicate fewer shipments
Many investment banks stated the cuts are due to the retail company's suppliers indicating weaknesses along supply chain operations. For this reason, Reuters revealed, Bank of America sent a note to clients this week disclosing that it dropped its fiscal 2016 estimate to 220 million units. Raymond James also cut its estimate of iPhone shipments in 2016 by 5 million.

Over the past month, Apple shares have slipped by more than 4 percent, an 18 percent decrease from its April shares, which hit a record high, the source noted.

According to the WSJ, the Japan team of Mizuho U.S. Equity Research suggested that procurement shipments could drop from 60 million to somewhere between 40 and 50 million.

William Power, a research analyst at Robert W. Baird & Co., pointed out to CNBC that the shares drop may just be "an element of 'where there's smoke, there's fire' here," though he did agree the "supply chain checks have been somewhat concerning."

Evolving market makes shares difficult to gain
In a research note, Power stipulated that procurement orders would likely see a 20 percent decrease. This projection was based off of "supply chain conversation," with sales forecasts dropping from 243.8 million to 234.7 million units.

Apple's overall earnings still look promising, especially when considering other recently launched products, such as as the Apple Pencil and Watch. However, the Power implied that Apple will be challenged to accumulate share increases as time goes on because the market is rapidly expanding.