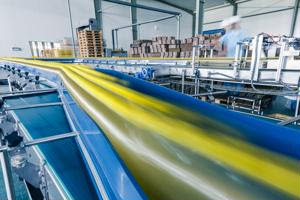 The fishing industry has been under increased scrutiny recently for its unfair labor conditions along global supply chains. Much inquisition has been centered around Thailand's violent and volatile environments in which, as the Guardian reported, slaves were made to work without pay along seafood production lines, sometimes for 20 hours straight.

Supply chains abusing labor laws
Some of the laborers who managed to escape the extreme conditions told the Guardian that they would sometimes be tortured and beaten, as well as encouraged to take methamphetamine drugs. The men also disclosed that some workers were killed.

The Guardian revealed that, upon further investigation, it was found that slave labor workers were being purchased off boats. These workers were part of the process for producing shrimp sold by some major retail giants in the United States, including Costco and Wal-Mart.

Unfortunately, it seems the fishing industry is not the only trade dealing with such tumultuous supply chain conditions. The U.S. Department of Labor has found that forced labor, including child workers, account for more than 135 goods produced across 74 countries, according to Eater. This is an alarming number, considering the figures are only based off information the public has access to and is aware of to date.

Enter the Business Supply Chain Transparency on Trafficking and Slavery Act
Rep. Carolyn Maloney, principal sponsor for the legislative bill, recently told Eater, "American consumers deserve to know how the products they purchase were made. We know from investigative reporting and from our own government's analysis that many products on American shelves were produced using trafficked or slave labor."

The purpose of the bill is to revise the Securities Exchange Act of 1934 to make it mandatory for each supply chain company to reveal what exactly it has done to ensure there are no existing conditions that could qualify as forced, slave or child labor, including human trafficking.

The source also noted that if this mandate does pass legislation, new regulations will have to be defined that clearly state how corporations are expected to report supply chain processes.