How Chipotle plans to adjust safety of supply chain 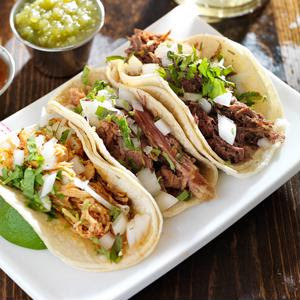 This has not been a good year for Chipotle Mexican Grill Inc.

According to the Centers for Disease Control and Prevention, over the past few months the food chain closed 43 of its nearly 2,000 locations due to a surge in food-related illnesses, the Associated Press reported. The massive string of sickness consisted of 52 E. coli cases across nine states and one major norovirus outbreak in Boston.

Last week, the company's founder and co-chief executive, Steve Ells, assured investors at a conference in New York that the Mexican chain restaurant will be altering operations along its supply chain to improve food safety procedures.

Ells explained to AP it is easier for other big name chains to adhere to safety standards and regulatory requirements because these fast food companies often cook or freeze produce. The source also revealed that, although cooking is one of the most efficient ways to rid produce of bacteria, this is something Chipotle is just not willing to do. Instead, it plans to revamp its supply chain to make sure no food comes in contact with harmful contaminants.

Shifting supply chain focus to safety
Since its inception in 2008, Chipotle has prided itself on using food and ingredients sourced locally, something it is now taking a step back from, since fresh produce is what many believe is to blame for the food borne illness outbreaks throughout the country.

This bacterial spread hasn't and likely couldn't be drawn back to one local supplier, since contamination outbreaks happened in various states, including Oregon, New York, Pennsylvania, California and Illinois. It is more plausible that fault can be found in food handling procedures.

Last month, food safety lawyer Bill Marler revealed to the AP that the contamination attributed to the Mexican food chain indicates "Chipotle is not paying attention to food safety like it should." He also added that poor food safety practices are a top contributor to the majority of food-related disease outbreaks and that just because a company prides itself on using local and fresh food, that doesn't mean it is entirely safe.

When it comes to addressing these issues, Chipotle will begin with fresh produce and ingredients and centralize the preparation of food. The Wall Street Journal reported that, in addition to incorporating digital technology to track food in restaurants, the new process will consist of sanitizing and hermetically sealing fresh vegetables, such as cilantro, lettuce and tomatoes. Ells assured the AP Chipotle alone will handle the costs of these supply chain adjustments which, he added, will have no impact on the quality of its food.

IEH Laboratories, a Seattle-based company, has been hired by Chipotle to help improve safety standards and produce testing procedures before distribution, reported the AP.

"This is an industrial strength program," IEH President and CEO Monsour Samadpour said to the source. He noted that the systems the chain is implementing are innovative and more advanced than procedures used by any competitors.

What it may affect, though, are some supplier relationships.

Chipotle spokesman Chris Arnold recently told the AP that local farmers and suppliers may have difficulty meeting the new standards of high resolution microbe and pathogen testing. If they are unable or unwilling to comply with these requirements, Ells stated they will be cut from supply chain operations. The produce that is sourced locally is only a nominal portion of what is used by Chipotle.

Arguably the biggest challenge for the company will be winning back customers and convincing audiences it's safe to eat at the restaurant. According to the AP, Chipotle executives decided they would hold off on the food-safety campaign launch until the Centers for Disease Control and Prevention announces that the E.coli outbreak is officially over.