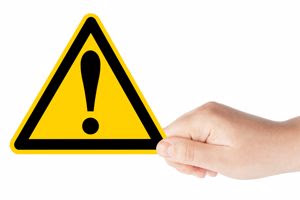 Digital devices have become a staple holiday gift. But, this year, the hoverboard is one electronic product consumers should be wary of.

After a dozen cases reported of these electronic scooters posing a safety hazard, the Consumer Product Safety Commission announced it would be conducting an investigation on the product suppliers. CPSC Chairman Elliot Kaye said that he has engineers working to find the source of the issue and determine exactly how dangerous they may be to people.

Hoverboard hazards
According to the statement, there have been severe injuries attributed to the hand-free scooter, including concussions and fractures, as well as the products catching on fire. Kaye added that he is especially worried about the lack of safety standards and regulations for the market.

"Retailers should always be asking their suppliers if there is an applicable safety standard in place before agreeing to sell those products," said Kaye. "The absence of any standard should cause retailers to require extra proof of sound design manufacturing and quality control processes."

Though some big-name companies, such as Sharper Image, sell their own private-label hoverboards, there have been an accumulating number of new companies emerging on the market, The Wall Street Journal revealed.

And it seems a contributing factor to the safety issue is that U.S. companies can source this device from manufacturers in China and sell it online. The Wall Street Journal reported that a single search on Alibaba, a popular e-commerce search engine in China, produces nearly 4,000 suppliers that can make internal shipment orders of the product.

"Many aren't even registered," Zhao Zhongwei, chief operating officer of Ninebot Inc., the Chinese parent company of Segway, said to the source. "They may open one day and the next day, they might shut down and disappear."

Shane Chen told the Wall Street Journal that he created the original blueprint for a hoverboard, which he called Hovertrax, several years ago. He filed for a patent for his invention in 2012 and, a year later, launched a Kickstarter campaign. This is when, Chen claimed, manufacturers began copying his prototype.

Safety precautions
According to the Wall Street Journal, retail giants such as Amazon.com Inc. and Target Corp. have already temporarily stopped selling the products of certain brands and, last week, the U.S. Postal Service announced it would prohibit air shipments of these balancing devices if built with lithium batteries. To avoid fire hazard concerns, some major airlines have also prohibited hoverboards from being brought on planes.

Kaye assured the public that this is a problem the CPSC plans to thoroughly examine and correct.

"We know this is a popular product during this holiday season, and we are doing everything possible to determine if consumers are at risk," he said. "We will keep the public up-to-date with new information as it becomes available.

In the meantime, the CPSC recommended that any user of this product should always wear a helmet and that they should avoid purchasing it unless they are able to verify it comes from a credible and certified manufacturer. The organization also suggested the product never be charged while unattended or for long periods for time.