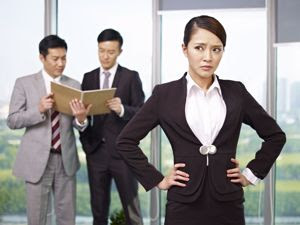 Every facet of an organization's supply chain can end up in the media one way or another. Various forms of labor discrimination can damage a company's reputation, even if such practices aren't occurring in-house.

Global sourcing has created a business world in which every entity is held accountable. Enterprises are expected to know everything about their partners, and if the appropriate level of oversight isn't employed, PR nightmares can ensue.

In addition, legal investigations can cause major disruptions. Imagine a factory having to suspend production for a full week so an auditor can thoroughly interview each worker. Such an event can cause partners to seek other suppliers that provide them with the goods they need to conduct business.

According to The Associated Press, the state of Oregon is assessing discrimination allegations at a truck-making plant in Portland owned by German vehicle producer Daimler AG. The investigation was initiated after more than four employees cited claims of racial harassment, bringing the number of civil rights complaints against the plant to nine, all of which were filed in October. Those who submitted the accusations asserted African-American workers received unfair treatment and encountered physical threats from their colleagues.

Daimler Trucks noted in a statement that it is cooperating with Oregon's Bureau of Labor and Industries department, and that it doesn't tolerate any form of discrimination.

Some forms of inequity aren't as black and white as racial or gender intolerance. At times, a company's recruitment practices may be tainted by how it vets potential employees.

The Wall Street Journal noted that more organizations are using personality tests to determine how well a person will fit into company culture, and the practice is growing 10 to 15 percent on a yearly basis. One of the reasons why entities are employing this method is because leaders believe it reduces attrition.

Personality tests have also been leveraged to assess people's skills. Dialog Direct, a company based in Highland Park, Michigan, maintained such programs give call center operators the ability to more accurately determine which laborers will perform highest among their peers.

Yet, some analysts, such as Federal Trade Commission member Julie Brill, speculate that such exams may "have the effect of creating a new kind of discrimination." A person's ability to do his or her job, in many cases, is not impacted by the individual's personality. It's an argument that could cause major disruptions in some instances.