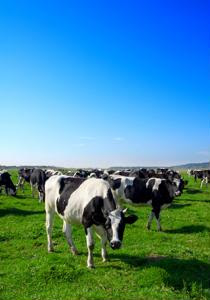 Social cognizance of these issues has pressured beef, pork and chicken producers to pay more attention to their procurement practices. Thorough surveys of chicken, pig and cattle facilities aren't as common as consumers would hope, but some corporations are taking proactive measures to ensure they're sourcing from enterprises that are considerate of animal welfare.

The Hartman Group recently noted an endeavor undertaken by popular food brand Nestlé, which is implementing animal rights standards that will impact an estimated 7,300 suppliers. Specifically, the company stated that it will refrain from purchasing food made from pigs raised in gestation crates, chickens grown in battery cages, cattle whose tails or horns were removed while conscious or livestock detrimentally affected by growth hormones.

While gestation crates keep pigs confined in painfully small compartments that prevent them from turning around, battery cages cramp chickens raised for egg production, forcing them to live in their own filth. It's these kinds of conditions that have drawn concern from many consumers and organizations such as the Humane Society.

Over the past half-decade, market research endeavors have shown that people aren't too fond of companies known for animal cruelty. The Hartman Group conducted a survey regarding these concerns last year, discovering that 76 percent of consumers asserted they favor organizations that avoid improper treatment of livestock - 5 percent greater than 2010.

Yet, when a company asserts it procures meat products from agriculturalists cognizant of human rights, people don't take such statements at face value. Some of them may conduct research on the matter in order to validate the business' word. If it's difficult for those assiduous consumers to find information, they will likely conclude that the company in question is hiding something.

That's why food corporations are building supplier relationships with farmers participating in organizations dedicated to animal rights. One such association is the Verified Beef Production program, of which Canadian Ranger Coy Schellenberg is a member, according to Farm Animal Care.

"The originators of VBP had it right when they built the program around the simple statement: 'I have nothing to hide and you are welcome to see,'" Schellenberg told the source.

When an organization proactively divulges its practices, it induces trust among consumers. This is a quality every enterprise should look for before initiating the RFP process.