Home Unlabelled Natural gas a boon to US economy, but is it worth it?

Natural gas a boon to US economy, but is it worth it? 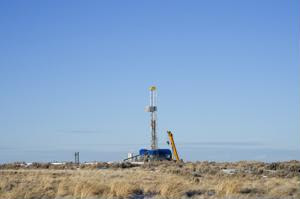 Thanks to new extraction techniques, procuring natural gas from U.S. enterprises is a regular occurrence. Energy companies have developed and harnessed more affordable production methods, which sent a rift through the global sourcing of natural resources.

Despite the fact that local economies have hugely benefited from this burgeoning domestic industry, many institutions are focusing on the bigger picture. Numerous public health concerns have been associated with natural gas, prompting scientists to find more eco-friendly ways to extract the fossil fuel.

According to EnergyFromShale, hydraulic fracturing, also called "fracking," is the most popular technique used to siphon natural gas. The process involves injecting large amounts of water, sand and chemicals into wells at an incredibly high pressures, which creates fissures that allow the resource to rise up through the tube. The source detailed how the process works:

EnergyFromShale asserted this is the safest way to extract natural gas, and produces abundant amounts of energy for years after the initial process commences. The source maintained the fracking substance is made of 90 percent water, 9.5 percent sand and 0.5 percent chemicals.

However, that doesn't mean every natural gas entity is following the appropriate steps exactly up to standard. The Natural Resources Defense Council noted that irresponsible fracking has been connected to water pollution, citing cases in Colorado, Pennsylvania, Wyoming, Arkansas and West Virginia, among other states.

Despite the NRDC's concerns and protests from other environmentally cognizant groups, there's no denying the fracking boom has greatly benefited the U.S. economy. While individual drilling stations don't create a plethora of jobs, the natural gas industry has a whole requires a vast distribution system that connects wells to refineries, liquidation centers and other facilities.

Newsmax noted that the U.S.'s natural gas and oil sectors produce 9.8 million jobs, with 30,000 companies participating in the economy. While some positions directly involve the extraction and logistics process, residual responsibilities include making gloves and protective apparel for such workers.

In fact, Hemco Gage, a company that produces master gages (used by pipe producers to ensure threadings will fit), has doubled in size over the past seven years. President Chris Wysong detailed the importance of his company's contribution:

"It's about physical safety, but it's also about environmental safety," he told Newsmax. "The whole point is to make it as precisely as possible because once that pipe goes into the ground, you don't want to have to dig it up and replace it."

As long as best practices are followed, fracking produces a minimal amount of damage.