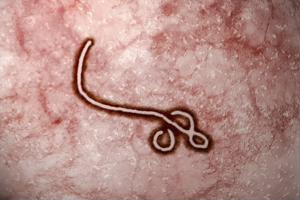 Between hazmat suits and various medications, organizations across the globe are scrambling to procure assets and pharmaceuticals that will help them in the fight against Ebola.

In order to conserve resources and deliver much-needed materials to impacted areas, entities working assiduously to combat the virus should consider employing strategic sourcing. If multiple organizations working to find a solution to the Ebola crisis collaborate, pool their resources and coordinate acquisition plans, then the costs associated with delivering quality, consistent treatment will decrease.

How the disease affects the global economy

While containment strategies have proven effective, there's no doubt that Ebola is one of the world's most deadly diseases. Kewill contributor Larry Lewis noted the virus claims the lives of 90 percent of those who contract it. So far, Ebola has claimed more than 4,000 lives, and an official cure has yet to be discovered.

Aside from the fact that Ebola is now being considered by many as a worldwide pandemic, the global economy is sure to be detrimentally affected if a cure isn't discovered. Africa is a key contributor to North American and European trade. Last year, the U.S. imported $39.3 billion in goods and exported $24 billion in materials. During the same time frame, the European Union's export and import statistics were quite similar.

In addition to production cutbacks, numerous customs regulations are appearing in order to stunt the spread of Ebola. Lewis asserted that the following issues are impacting purchasing endeavors:

These setbacks in the supply chain couldn't have come at a worse time. According to The Hill, a shortage of hazmat suits is already apparent due to Ebola's penetration of the U.S. Tony Baumgartner, president of DQE, a company that sells protective gear to health care providers, noted the DQE decision-makers recently chose to limit deliveries of apparel to emergency response teams.

"We have historically been open to anyone who wants to call and buy their own suit," said Baumgartner, as quoted by the news source. "In this case, the supply chains for the garments are starting to become strained."

Baumgartner acknowledged that two weeks before he was interviewed (around Oct. 2), no shortages of materials persisted.

In order to mitigate this issue and allow DQE and other protective apparel providers such as Lakeland Industries to provide adequate support to those who need it, health care associations with personnel operating in regions that have been impacted by the virus should seriously consider working together and pooling their procurement resources. Such a tactic ensures that no hidden acquisition endeavors are purchasing more materials than required. Of course, consideration for those with critical needs is important.

Even companies based in countries that have yet to register infections are stocking up on influenza medicine. Fujifilm, a Japanese enterprise, announced on Oct. 20 that it would increase its inventory of Avigan, which was provided to a number of patients who were transferred from West Africa to Europe.

Although Avigan is not a licensed treatment, Fujifilm says that it currently has enough to help 20,000 people. The World Health Organization recently noted that France and Guinea intend to carry out clinical trials with Avigan in the middle of November. The entity maintained that if the tests prove save and effective, Fujifilm can expect "to receive requests to provide the products for large-scale clinical use."