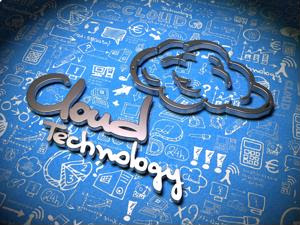 There's been a lot of hype surrounding cloud computing over the past few years - so much so that some business leaders are unsure of the differences between public and private cloud deployments.

It's a consideration spend management analysts take into account when deciding which solution to choose: What are the long-term costs associated with maintaining a private cloud architecture versus the enduring expenses companies typically incur when subscribing to a public cloud service?

The cloud: What's needed, how it works

Network World contributor Sam Bosma noted that many companies maintain they already have private cloud infrastructures in place. However, he discovered that these assertions are skewed by varying definitions. For example, one company may define a cloud array as being a rack that holds virtualized servers. Every "-as-a-Service" provision is supported by a basic architecture, which is detailed below:

How the private cloud can be deployed

The private cloud can be managed remotely, because it's delivered to and accessed by users through the Internet. However, the infrastructure itself can be hosted by a third party, a colocation facility (which stores servers purchased by a company but isn't on-premise - colocation is often confused with cloud services, but it is of a different ilk) or an internal data center.

In this regard, businesses can either:

As one could imagine, the costs vary considerably. Little hardware investments are required for enterprises to build their own cloud environments. However, the procurement of licensed software needed to construct such infrastructures must be heavily considered, as well as whether or not companies possess the talent required to fully optimize and maintain their functionality.

When one initially compares the private cloud with its public counterpart, the latter appears to be the clear winner in regard to costs. There are so many labor and operations costs associated with setting up a private cloud array that purchasing an infrastructure, software or platform as a service appears much more attractive.

However, CIO contributor Brandon Butler noted a study conducted by a colocation company, a cloud management vendor and a network operator that discovered if an organization is spending more than $7,644 on Amazon Web Service's Infrastructure-as-a-Service provision, it's more affordable for that entity to run a private cloud.

Yet, it must be noted that this is a very specific measurement. The cost may vary depending on whether a company or public authority is using Microsoft Azure or if it's simply accessing one Web-hosted application, for example.

Butler also noted that the research was based on sporadic workloads, which are defined by anomalous increases of computing or memory power. When deciding on which deployment is best for them, enterprises should consider contracting business process specialists and benchmarking experts to assist them.