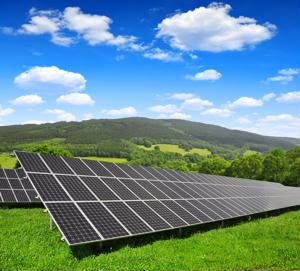 Could new materials be the answer?

The Data Center Journal pointed to a research endeavor by scientists working at the Massachusetts Institute of Technology who developed a two-dimensional metallic/dielectric photonic crystal that is capable of absorbing sun rays from multiple angles and sustaining incredibly high temperatures. The best part? It's affordable to make large amounts of the mineral.

How does MIT's solution work? It uses material that matches the sun's radiation, allowing it to convert the produced energy to a type of light that can more easily be turned into electricity. Apparently, the conversion process is what's causing the biggest problem for the research team.

Given the fact that solar panels aren't as efficient as some believe them to be, a data center sourcing 100 percent of its energy from PV panels would need an incredible number of them to remain operable. Data Center Knowledge noted that a 50-acre solar farm is used to power a QTC Princeton data center, amounting to more than 57,000 panels in total. All in all, it generates 14.1 megawatts of power.

From an environmental progress standpoint, this feat is amazing and sets a tone of optimism. In contrast, financially, such an array probably wasn't easy on the wallet, and there's no guarantee it will produce a consistent amount of energy on a day-to-day basis.