Home IT Procuring green energy is admirable, but is it feasible?

Procuring green energy is admirable, but is it feasible?

Strategic Sourceror on Wednesday, October 29, 2014 IT, 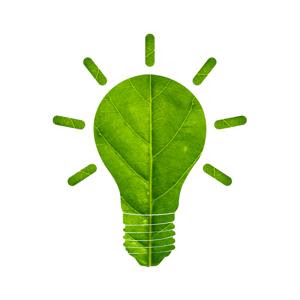 Purchasing electricity from renewable energy sources is regarded as socially and environmentally progressive, but some utilities are wondering whether consumers are willing to pay extra for it.

In addition, some experts have maintained that there needs to be more clarity throughout the green power RFP process. At times, contracts aren't as thorough as electricity providers would like them to be, spawning unforeseen costs that can be avoided.

Looking out for the interest of consumers

The United Kingdom has been heightening decarbonization efforts, but has let several oversights fall through the cracks in its contracting. Business Green noted that the country's Public Accounts Committee said the British government failed to factor competition into its decision to fund eight renewable energy endeavors cumulatively worth $26.84 billion.

When the accords were announced in April, the U.K. Department of Energy and Climate Change expressed concerns regarding a 2017 phase-out of the nation's Renewable Obligation, which bolsters agreements applicable to green energy initiatives. Therefore, the contracts were fast-tracked. Now, the PAC and National Audit Office are accusing the government of disacknowledging the interests of taxpayers by failing to:

"Yet again, the consumer has been left to pick up the bill for poorly conceived and managed contracts," said PAC Chair Margaret Hodge, as quoted by Business Green. "If the Department had used price competition, it should have led to lower energy prices for consumers who are already facing hefty charges."

Not willing to pay

Purchasing management isn't just a concern of the public sector, either. Many private utilities are offering green pricing programs, which provide consumers with the option to purchase electricity derived from renewable resources. Some energy companies are fairly skeptical of this tactic, however, as some consumers are unwilling to pay for the service, Heartland reported.

The news source referenced a study conducted by the Institute for Energy Research, which surveyed 31 utilities dispersed across the U.S. Apparently, only 2.1 percent of utility customers participate in GPPs. A number of factors dictated consumer interest, such as:

Until utilities know how to find more affordable ways to provide consumers with clean energy, it's unlikely that popular sentiment will spontaneously flip on its head.