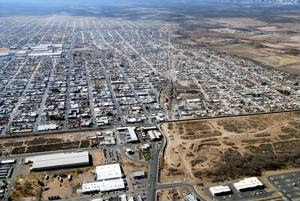 The implementation of the North American Free Trade Agreement, among other factors, has improved business relationships between North and South America.

At times, a U.S. or Canadian business may hire a market research analyst to deduce whether procuring materials from a South American enterprise would be profitable. While the region's manufacturers have certainly grown more cost-competitive over the past couple of decades, it's evident that South American nations are more business-friendly than they were before.

SupplyChainBrain spoke with Transplace Managing Director of Mexico Troy Ryley, who maintained that building relationships with Mexican suppliers has become a lot easier since NAFTA was put into play. Before the accord's finalization, Ryley noted, "there were a lot of closed barriers."

In addition to the open-mindedness of Mexico's private sector, the country's transportation sector has improved enormously. Considering logistical concerns, this is a much-welcomed enhancement, as it makes procuring finished goods from the country more practical.

For example, roads and highways outside of Mexico City have been refinished and expanded to cater to growing populations. One of the major improvements in regard to Mexico's transportation sector is the deployment of double-stack container trains, which are used to move consumer products and automotive components between the U.S. and Mexico.

Visibility of all assets

A concern that has persisted - one that isn't a Mexico-specific consideration - is ensuring that no illicit cargo is being transported across the U.S.-Mexico border. To succeed in this endeavor, many suppliers and procurers alike are participating in the Customs-Trade Partnership Against Terrorism.

According to U.S. Customs and Border Protection, CTPAT participants agree to comply with CBP distribution standards, as well as work with the authority to protect all logistical assets from terrorist influence. Partners provide the CBP with a comprehensive profile that details their security measures and a plan outlining how they proactively deter criminals and other malicious actors from infiltrating their supply chains.

Why join? Shipments belonging to CTPAT members are labeled as low-risk, meaning they're less likely to be checked at border crossings. This is an incredible boon to both Mexican and U.S. enterprises for two reasons:

Fostering relationships with South American companies is crucial to the prosperity of both the U.S. and Canada.