Home Directs Mineral deposits a huge factor in US manufacturing

Mineral deposits a huge factor in US manufacturing 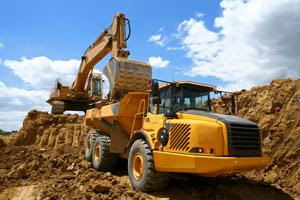 While large corporate tax rates and expensive labor are hindering the U.S. from becoming a dominant manufacturing economy, the nation's mining economy isn't helping matters much.

When procurement specialists think of global sourcing and the world's production economy, rare earths and other minerals often come to mind. Delivering such resources to factories is a major concern: the longer the distance, the more risk involved. Between seasonal storms, cultural disruptions, poorly constructed infrastructures and piracy, reducing the time it takes to deliver materials from Point A to Point B is top of mind.

National Mining Association CEO and President Hal Quinn recently wrote an article for IndustryWeek, asserting that U.S. manufacturers would benefit immensely from establishing supplier relationships with domestic mines. Because raw materials wouldn't have to pass through as many distributors on the way to factories, the costs associated with setting up production operations in the country would decrease.

Why not source in the U.S.?

While the U.S. manufacturing economy continues a slow, but progressive upward trend, Quinn maintained a "gross structural mismatch" exists between the country's mineral supply and demand. As a result, this imbalance hinders the U.S. production sector from growing at a faster rate.

According to U.S. Mines to Market, a study conducted by the NMA and authored by SNL Metals & Mining Consulting Director Mark Fellows maintained that the U.S. has some of the largest mineral deposits in the world. However, many enterprises are unsure as to how environmental and safety regulations will be enforced, with ambiguous standards muddling mandates.

More importantly, the research maintained that the U.S. permitting process has caused the bulk of investors to turn away from domestic mining. Obtaining permission to start a mine in the U.S. is incredibly time-consuming and arduous. Authorization must be obtained from federal, state and local agencies, which may enforce redundant laws and obligations. How many permits exactly? It depends on where in the country one plans to open a mine.

What's the final ruling? The U.S. Mines to Market study asserted it takes seven to 10 years to acquire all the permits necessary to commence operations. That's far too long for enterprises that want to respond to demand as quickly as possible.

Are there any advantages?

Permitting concerns, high labor expenses and safety regulations aside, the U.S. isn't the worst nation for a domestic manufacturer to include in its procurement process. The marketing research from U.S. Mines to Market outlined several factors that make U.S. mines advantageous partners:

In order for the U.S. to be considered a viable manufacturing economy, the nation must find ways to expedite the permit process. Acquiring approval from federal, state and local authorities should take a maximum of three months, allowing companies to begin operations in conjunction with global demand.

In addition, price competitiveness can be improved by spending more on the engineering and technological aspects of mining. Implementing advanced equipment will put the industry in a better position.