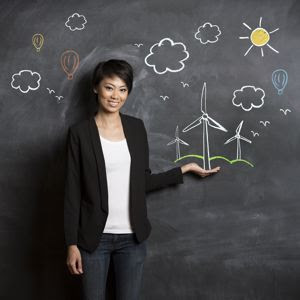 When a brand labels itself as sustainable, potential customers will likely take measures to see whether it's putting its money where its mouth is.

Procurement management consultants are master investigators in their own right, and the Internet only makes their jobs that much easier. Never mind if these professionals are hired to scrutinize a company's supply chain, the Web has given average consumers the wherewithal to do their own digging.

Take the jargon employed by the food industry, for example. According to Reuters, a large contingency of U.S. foods labeled as "natural" actually contain ingredients that were genetically modified. The news source referenced a study conducted by Consumer Reports, which discovered that the way in which brands leverage wording allows them to use language that is misleading.

For example, if a product sporting a "non-GMO" sticker is truly devoid of any genetically modified substances, then it's operating within completely legal parameters. However, the same rule applies to a product that is labeled as "natural," because the U.S. Food and Drug Administration has not assigned a clear definition to the word.

Although some companies have been sued over labeling GMO-containing goods as "all natural," these cases can be disputed in most states because there's no rule that brands must refrain from doing so. Even so, if a consumer wants to deduce whether or not an item is truly "all natural," it doesn't take a lot of effort to do so.

IKEA United Kingdom's Environment and Sustainable Development Manager Charlie Browne advised organizations against "greenwashing" their public images, saying consumers, businesses and colleagues will be aware whether or not sustainable claims are fraudulent or not.

Supply Management contributor Rebecca Tyler acknowledged Browne's assertion that if a brand deludes its customers into believing it partakes in environmentally friendly practices but in fact does not, it loses positive general sentiment unless its leaders come up with a valid response "within 24 hours." Note: There's no room for excuses.

What can be done to drive green practices? Browne maintained having procurement officers assess every action's projected carbon emissions output is a good start. If the results aren't favorable, those professionals must find alternative practices that align with the public's definition of sustainability.

Above all, he maintained such initiatives require more than passion and affirmation, which can only get businesses so far. Decision-makers must be committed to making sustainable projects work.