Home Communications IT Who Are the Smartphone Reliant and Why Should IT Care?

Who Are the Smartphone Reliant and Why Should IT Care? 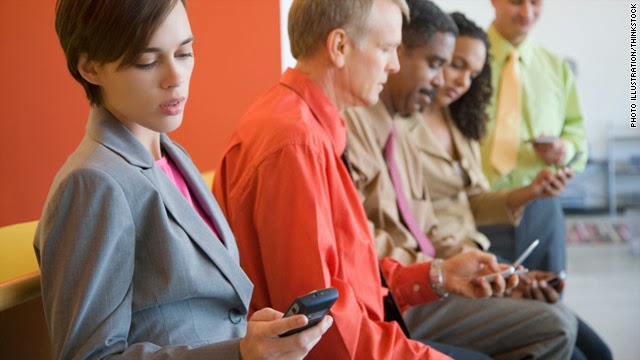 Gallup released new poll results yesterday focusing on American technology use, and it turns out we break out easily into four groups. The four groups are, from greatest technology use/geekery to least, Super Tech Adopters, Smartphone Reliants, Mature Technophiles (which sounds dirty), and Tech-Averse Olders. These groups follow some general, expected trends -- Super Tech Adopters are younger than the Tech-Averse Olders -- but the breakdown reveals some interesting notes for the future. Check out this table:

Gallup points out that the second group, Smartphone Reliants, is comprised largely of Millenials or Generation Y - the 18-34 group so often maligned in the media. The first group, Super Tech Adopters, contains a good chunk of Gen Y respondents along with Gen X. The latter two groups are largely Boomers.

What's so intriguing about these first two groups is not only their far larger share of the smartphone market, but the second group's almost singular reliance on them (hence the name). While practically guaranteed to own a smartphone, this largely Gen Y group owns far fewer laptops, tablets, and desktops -- those devices commonly used in the workplace -- and fewer DVD players. They're even less likely to have high speed internet connections (though this difference is quite small).

Initial analysis of the polling results attributes Gen Ys unique position on their being less well off than the other groups. Sort of the "everyone grows up, gets a good job, and buys a house eventually" mentality espoused by many Boomers. I'm arguing that it's more than that. I'll say it's also partially due to this generation having little need for these other devices. Period.

And here's why I say that. Advances in the mobile marketplace over the past 18 months to two years have produced larger devices that provide more screen space, more power for more advanced tasks, and more efficient methods of obtaining and using information and media. As an example of that last point: obtianing music and movies used to involve a system of connecting devices to others, finding the media via some storefront, purchasing (often clumsily) the media, then downloading it or otherwise getting it to the intended device. It was a pain. Now, movies, music, comic books, ... pretty much anything can be purchased and either directly downloaded or streamed to a smart phone, almost instantly.

Short of school- or work-related duties, there is no need for them to own anything else.

Regardless of the reason, the impact of this trend could be severe. The desktop market has been dropping for years, but laptops have recently joined them. This will clearly escalate going forward. Tablets, long predicted to be eating away market share from laptops, look to be just as unpopular going forward as these Millenials age.

Lesser demand for these devices will cause profits to fall. There could easily be contraction within the manufacturer pool. Lower demand will also affect prices, which should rise as companies lose the ability to sell a whole lot for minimal margin. Finally, there may be a point in the near future where incoming workers have less familiarity with computers than their seniors, which is almost unheard of. Between that, and the greater demand they will have for mobile device access, should put a heavy workload on an already stretched IT department.

Looking at these figures, how is your company preparing for this?

Image courtesy of CNN.com
Communications, IT