Home Unlabelled Tackling the procurement problem in government IT

Tackling the procurement problem in government IT 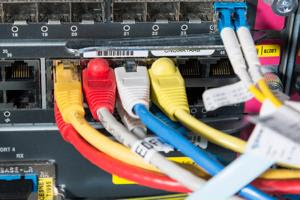 For companies in inherently tech-centric fields such as software development and Web design, keeping up with the new wave of technological developments is likely to have proven relatively easy. But not all sectors are naturally as quick on the uptake when it comes to taking advantage of cutting-edge tools. Furthermore, acquiring new technologies requires businesses to carefully strategize for procurement, as the costs can be considerable, especially when these products and services first make their debuts.

However, the most recent wave of IT innovation, which has inarguably been spearheaded by the adoption of cloud computing, has proven to be a cross-industry phenomenon. Health care, for example, despite its need for high-tech machines, has traditionally been more hesitant than other sectors when it comes to changes in information infrastructure and communications channels. Whereas businesses in other industries have been marketing to consumers via email for well over a decade, hospitals and doctors' offices have continued to rely on postal mail and telephone. But with the advent of electronic health records, care providers have been forced to grow their IT departments and alter their procurement strategies for industrial change.

The public sector catches up

The phenomenon isn't limited to the medical field. Governments have also had to catch up with the tech-savvy times in order to provide relevant services to citizens. But the difficulties in this regard have been considerable.

In a column for Spend Matters, procurement expert Jason Busch noted the efforts of public sector organizations to adapt their sourcing strategies for change in market conditions haven't been entirely successful. He pointed to the problems that beset the Healthcare.gov site upon its recent launch as an example of how government IT can mishandle sophisticated projects.

However, there have been major exceptions to this trend. Busch pointed out that there are "silver linings in public sector tech spending," and NPR contributor Elise Hu highlighted several of these in a recent column for NPR.

For example, the city of Philadelphia recently brought on IT expert Mark Headd as its chief digital officer. His dual focus has been to streamline the city's technology procurement efforts and get businesses to compete for tech-related contracts with the government.

"Governments don't move at the same pace as technology does, and certainly the procurement process doesn't," Headd noted.

In an effort to address this fact, Headd has opted to "go where developers are," creating an official account for Philadelphia on the open source code repository GitHub.

As other cities and governments adopt similarly tech-centric tactics, the need for innovative strategies to procure IT resources will only increase.