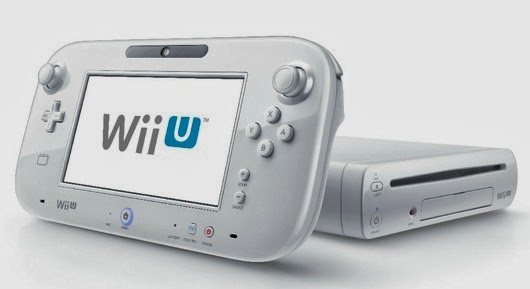 Mark this as an attempt to learn from other's mistakes. A recent article posted to Eurogamer.net is a group of anonymous sources recapping the horrendous relationship they and their company, a third-party game development house, have with global gaming giant Nintendo and how Nintendo's disregard for its suppliers ultimately created a failed generation of gaming hardware -- a huge loss for Nintendo.

First, lets go over some basics. Nintendo is very likely the most famous video game company around, especially if you were raised in the '80s or '90s. Their introduction of the Nintendo Entertainment System in the '80s revived a near-dead home console market, and their Wii console, and its motion-controlled interface made low-powered, casual gaming a household thing. It is a hardware manufacturer, building video game consoles. Video game developers are typically divided into three categories: first-party developers make games exclusive to one console (be it a Nintendo device, a Sony Playstation or Vita, or a Microsoft XBox) and are owned subsidiaries of the console manufacturer; second-party developers are independent studios or partially-owned subsidiaries that make games exclusive to one console; and third-party developers are independent studios that make games for any and all consoles.

A practice that is somewhat unique to Nintendo is the company's almost complete reliance on first-party games to produce sales for its consoles. The company has favored accessibility over power which leads to decisions like using cartridges for games long after others were using CDs, designing their GameCube console for portability and not power, and making their recent Wii and WiiU consoles underpowered in favor of new interfaces. This makes it difficult/expensive for third-party developers to transfer games from other consoles over to Nintendo's hardware, meaning they increasingly don't do it. This leaves first-party games like the Mario, Legend of Zelda, and Pokemon series as the marquee best-sellers for Nintendo consoles, while other consoles have a mix of first- and third-party developed games to drive sales and increase marketshare. Not surprisingly, then, Nintendo's sales are typically third behind Microsoft and Sony.

In continuation of this trend, or possibly because of it, the developers who wrote the Eurogamer story detail very poor relationship management on the part of Nintendo during the build-up, development, and launch of the latest Wii U console. Among the slip-ups:

- Actively soliciting developer input in the early stage's of the console's planning, then ignoring or refuting each piece of input.
- Distributing broken and buggy development consoles (Nintendo test machines that simulate console performance) on which the games were to be programmed and coded. This caused untold delays for the third-party developers, and they mention rumors of other developers being given more robust hardware.
- Half-hearted support and communication. When the developers had questions about the work they were performing, and needed instruction, their queries were sent to a local support team, who then sent it to a Japanese translator, who sent it to Nintendo, who sent it back in Japanese, to be translated into English. The process took a week, again leading to delays. Nintendo, who trades globally and works with suppliers around the world, had no native English speakers.
- Delivering fixes developed in conjuction with other developers. To developers who were waiting a week for half-hearted, poorly translated support errors from Nintendo, receiving solutions that were developed in close conjunction with other developers gave the impression that some were more valuable than others.
- Rushing fixes and half-working services to the developers. Nintendo was very late in delivering instructions as to how games would interact with Nintendo's Internet network, and delivered an incomplete OS that the games would have to interface with. The late delivery caused more delays for the developers, and together with the incomplete OS, forced the developers to deliver rushed, unpolished final products.

Overall, Nintendo's overt favoring of certain business partners, the first-party developers, disrupted their relationships with other business partners, the third-party developers. This disruption actively discouraged businesses from wanting to work with Nintendo, gave the impression that Nintendo did not value their work and contributions, and created a scenario that lead to a failed product launch for Nintendo, as the Wii U launched with few games and fewer have been developed for it in the past 15 months, making the Wii U a difficult sale.

As Nintendo grapples with low sales figures, it should look towards its behavior towards its suppliers. Within your own organization, let this stand as a lesson on how good communication with key suppliers can improve relationships, but bad communication, and failing to recognize which suppliers are key, can destroy relationships and businesses.
IT, Procurement Transformation