Home Trending Is technology a blessing or a curse for sustainability?

Is technology a blessing or a curse for sustainability? 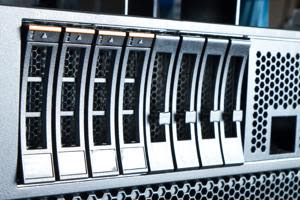 Companies need all the resources they can get in their efforts to implement sustainable product sourcing and increase energy efficiency, and many of the most important tools for these purposes are high-tech solutions that automate certain manufacturing processes or monitor environmental impact through analytics. Firms at the cutting edge of green logistics are sure to be taking advantage of one or more of these tools.

But technology isn't by nature a force for sustainability. Like any resource, its ability to reduce environment impact is based on the way it's implemented. After all, factors currently resulting in environmental harm - processes that emit greenhouse gases, for example, or the internal combustion engine - are technologies in their own right, although they belong to earlier generations of innovation.

This fact raises important questions: How green are our current technologies? Are the tools companies use to increase sustainability actually draining the ecosystem in their own ways?

Unfortunately, the answer to this latter question is, to some extent, yes. Computers and mobile devices deliver the tools that many businesses are using to monitor energy expenditures and other environmental factors, but they're also a source of waste in their own right - especially in countries where they haven't been around for quite as long.

According to Sustainable Business, by 2017, the developing world is projected to beat out developed countries in terms of waste produced by junked tech devices. India, China, Brazil and other developing nations will generate 36.7 million tons of e-waste three years from now, in comparison with the 28.6 million collectively produced by Europe, Japan, Australia and the United States.

The introduction of cloud services into contemporary IT has helped many companies achieve a level of enterprise agility they previously hadn't thought possible. And on the surface, cloud computing should be a boon for the environment. In some ways, it's the technological equivalent of public transportation: Rather than each company owning an on-site IT infrastructure, many firms can rent space on the remote servers of cloud providers.

But because they use electricity, cloud data centers can have a considerable carbon footprint - and according to IEEE Spectrum, a team of researchers at Trinity University in Dublin recently developed a set of algorithms designed to address this issue. Computer science professor Donal O'Mahony told the source the project was designed to reduce both carbon emissions and energy costs.

Technology isn't a silver bullet for sustainability - but it can certainly help in the effort, if implemented effectively.