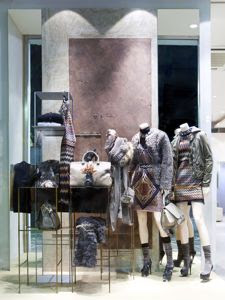 The economy continues to recover, and as it does, industry analysts and the public are particularly sensitive to economic indicators. The return to health of the major industries - both in the United States and worldwide - still feels somewhat precarious, so it's natural that people look to signs like job creation and quarterly sales revenues as important gauges of whether the growth is continuing or slowing.

As 2014 gets underway, signs continue to indicate that economic recovery in the U.S. retail sector is moving along at a healthy pace - but that doesn't mean firms can simply plug into the trend and reap its benefits. Rather, proactive management of the distribution supply chain remains critical to streamline operations and meet consumer expectations.

​The most recent indication of retail strength came from the National Retail Federation, which reported that sales numbers from the 2013 holiday shopping period were consistent with its initial projections. The NRF predicted that November and December of last year would bring in $602.1 billion in sales, and the final figures from these two months show revenues for the sector at $601.8 billion. Meanwhile, December 2013 retail activity increased 4.9 percent year-over-year and 0.4 percent in comparison with November.

"Today's holiday sales numbers are a testament to a resilient industry that knows what their customers want, when they want it and how they want to get it," NRF President and CEO Matthew Shay commented. "Considering that retail sales are an important barometer when measuring the overall health of our national economy, this report provides a level of true optimism that the recovery is picking up steam."

Not everything's sunny for Lululemon

​Shay's remarks provide a good gauge as to how these figures are impacting general economic sentiment. But while the numbers are surely positive, the emphasis that Shay placed on retailers' ability to tend to consumers is highly instructive. One company is currently feeling the negative effects of failing to achieve this.

According to Reuters, Lululemon, a manufacturer and retailer of specialty athleticwear, recently experienced an 18 percent reduction in stock price. The comments provided by analysts make it clear that the phenomenon is multifaceted. Credit Suisse analyst Christian Buss noted that consumers looked unfavorably on the firm in light of a recent product recall. But Cowen and Co analyst Faye Landes' comments - "customers have shifted to more of a replacement than stock-up mode," she said - highlight the damage that can occur from failing to adapt supply and sourcing strategies for change in market conditions.