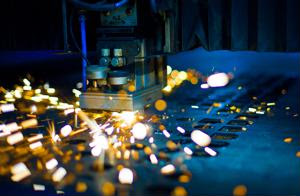 As the consumer product market continues to grow more complex and businesses need to adapt their processes to an increasingly globalized customer base, the manufacturing strategies of major companies are changing, too. Not only do these processes need to be able to keep operating costs at a minimum, they must also ensure enterprise agility by making it easier for businesses to deliver their products to consumers with maximum speed.

In light of these concerns, companies are beginning to take a second look at both their offshore and nearshore manufacturing networks. Firms in the United States are going domestic for some processes and considering whether their foreign production relationships are the right ones - and these shifts are changing the procurement space.

In the near future, companies may be looking toward domestic partners for a greater portion of the products and raw materials they need. In his recent State of the Union Address, President Obama announced his plan to push for the creation of U.S.-based plants that would specialize in manufacturing sophisticated technological products.

"We also have the chance, right now, to beat other countries in the race for the next wave of high-tech manufacturing jobs," said the president.

President Obama went on to note that his administration has already set up "manufacturing hubs" in Raleigh, N.C., and Youngstown, Ohio, and revealed that he intends to continue this effort by launching six additional hubs this year.

If implemented, the president's plan might continue the ongoing trend in which the U.S. has become a center for the production of high-quality, cutting-edge technologies - and as consumer electronics become increasingly important to the way people go about their daily lives, domestic manufacturing of these tools bodes well for the economy.

However, having global supplier relationships is often critical. While many firms chose China as their location of choice for offshore manufacturing in years past, that trend may be changing.

In a column, Manufacturing.net's Associate Editor Tia Nowack discussed how the growing cost of production in China is driving U.S. firms to consider locations closer to home. With Chinese manufacturing set to become just as expensive as domestic production by 2015, firms are looking to Mexico as an alternative. Nowack spoke with MFI International's Marketing Director Paula Ramos, who noted that lower labor spending and reduced transportation between the U.S. and Mexico are enabling business cost reduction.

After all, as demand rises for sophisticated technologies that are often expensive to produce, spend management will become even more important to American manufacturers.