Energy to be among the key sustainability issues this year 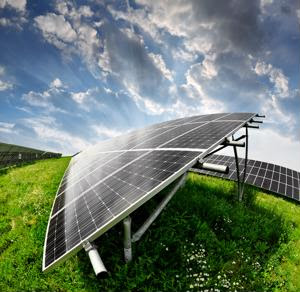 By now, companies know just how numerous the factors at play in sustainable product sourcing can be. Nearly every aspect of the procurement cycle brings with it some level of environmental impact, so firms can't leave any stone unturned in their efforts to make their processes more eco-friendly.

However, some aspects of sustainability occasionally come under a sharper spotlight than the others. Energy efficiency is a core component of green logistics - and signs from the global market, as well as the forecasts of experts, suggest that energy will be among this year's top concerns in creating more sustainable supply chains.

The factors involved in energy sourcing, however, are almost as innumerable and varied as those that fall under the broader category of sustainability. The energy efficiency of manufacturers' in-house processes is relatively easy to track in comparison with that of suppliers, not to mention the oil consumption necessitated by transporting goods and raw materials.

In addition to usage, energy costs also need to be closely monitored, and this is one area in which sustainability and spend management are directly related. In an interview with Supply Chain Management Review, Mercator International Senior Analyst Derik Andreoli discussed the volatility of the oil market over the course of 2013. He noted that while surplus production began the year at 3 percent of consumption, it dropped to 1.7 percent by August and increased only slightly to 1.9 percent in September.

"If global oil demand picks up faster than producers are able to add capacity, prices will surge, and any credible threat of disruption will have the same effect," Andreoli told the news source.

He went on to predict that while prices would decline over the first half of 2014, they would increase again during the last six months of the year. The result, he suggested, would be shakeups in the market, with increased demand for alternative energy sources.

"Diesel prices are likely to remain elevated, and alternative fuels - especially compressed natural gas - will continue to sell at a steep discount on an energy equivalent basis, even as natural gas wellhead prices rise," said Andreoli, according to the news source.

Such changes in the energy market may further the push toward environmentally sound practices - a trend that is already well underway. Small- and medium-sized businesses in the United Kingdom, for instance, are not only adopting green principles but also enjoying the business advantages of sustainability. A study by Lloyds Bank Commercial Banking found that sustainable practices were a top priority for 25 percent of U.K. SMBs. Furthermore, half of British small enterprises reported that eco-friendly logistics resulted in cost reduction and increased profitability.

"Businesses clearly see the benefits of sustainability, and they are carrying out their environmental responsibilities through recycling and being energy efficient," noted Lloyds Banking Group External Relations Director Stephen Pegge.

Pegge's comments speak to the growing awareness of sustainability's advantages among companies worldwide. And as these operational benefits become increasingly irrefutable, sustainable energy sourcing is set to become more mainstream.

In a post for GreenBiz, Microsoft Chief Environmental Strategist Rob Bernard indicated that green energy was a popular investment among firms in the private sector last year. He noted that as sustainability becomes more widespread, these types of decisions are being made at higher levels. Procurement and purchasing departments, rather than teams devoted to sustainability, are making the decision to invest in alternative energy. This phenomenon highlights green energy's transition from a public relations matter to an issue of business cost reduction.

Companies can expect sustainable energy to factor more directly into their most strategic decisions this year.