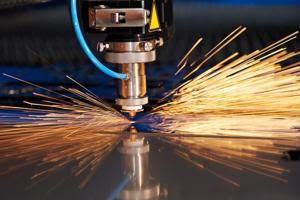 When it comes to the current economic recovery, economists have differing opinions as to whether the United States and other countries hit by the 2008 recession are really out of hot water yet, and when these economies might be back to their former strength. Regardless of one's opinion - expert or not - about these issues, one thing seems clear enough: When the recovery is finally indisputable and complete, the economies impacted by the 2008 financial crisis won't look quite like they did before the market crash.

Consider, for example, how different the trends in the consumer product market - now characterized by the ubiquitousness of mobile technology - are today compared to five-and-a-half years ago. Companies have had to adapt their procurement strategies accordingly, and supplier networks have changed as well. The U.S. manufacturing sector has not been immune to the trials of the Great Recession, but recent hardships haven't diminished the industry, per se - they've forced it to adapt.

In a recent column for Big Think, economist and business professor Daniel Altman argued that while jobs in manufacturing are much fewer now than they were 10 or 15 years ago, this doesn't indicate that the sector is languishing. In fact, outputs in nearshore manufacturing have risen, which signals that U.S. employees in this space are able to work with higher productivity. In Altman's view, this phenomenon reflects deeper changes in the way companies source their products.

"One reason for the huge increase in productivity is that Americans don't make the same things they used to make. Cheap consumer goods like toys and socks are mostly manufactured overseas, often in China. These are low-value, often labor-intensive products that come with low wages," Altman wrote.

Altman's argument implies that the move toward offshore manufacturing for certain products is natural and ultimately beneficial for the U.S. economy. But the question remains: What kinds of products will American manufacturers produce at home and source from domestic partners?

For many companies, sophisticated electronics may be some of these items. According to 9to5Mac, the state of Arizona recently announced that tech giant Apple plans to open a new manufacturing plant in the city of Mesa. The facility will bring with it 700 jobs for employees producing Apple's electronics, in addition to higher-tier roles like the company's Manufacturing Design Engineer position.

This is only one company's plan, of course, but it highlights the possibility that strategic sourcing of high-quality products may soon be the ideal niche for domestic manufacturing.