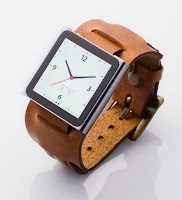 In a report on DigiTimes, an oft-accurate Taiwanese source for technology rumors, Apple and several other manufacturers are experiencing low yield rates in the production of components for their respective smart watches. This is a pretty big rumor, considering Apple hasn't even announced the existence of their smart watch yet.
The problems reportedly stem from issues in the finishing of metal injection molded (MIM) parts, and it's a particularly costly problem given that the finishing of MIM parts is the final stage for these components prior to product assembly. Failure at this stage means scrapping the entire part, and eating all the ingredient and labor costs up to that point.

MIM is a relatively new manufacturing process for the creation of metal components. It allows for very small metal parts to be constructed with CNC-level precision, but in sizes too small to be made by traditional CNC mills. Metal Injection Molding combines metal powder with wax and plastic powders, then heats, forms, and binds the part together in traditional plastic injection molding machines and dies. Once the part is formed in the injection molded die, they are "sintered", or heat-treated, in an oven to solidify the metal parts at temperatures not possible in the plastic injection molding equipment.

Finishes for pieces made through MIM are no different than larger, traditionally formed metal pieces. The items can be smoothed, brushed, blasted, painted, or plated, but the processes are more delicate due to the size of the components and the thickness of the metal walls. MIM-manufactured parts are typically used as internal components, so finishing hasn't been a concern. Apple, with its focus on innovation and quality in the industrial design of its products, has been instrumental in MIM gaining popularity in exterior component manufacturing due to its ability to create unique and complex shapes on small pieces.

These type problems with new processes can plague the manufacturing cycle, not only wasting materials and money but, with a high enough failure rate, delaying a product's introduction. Apple has not yet announced a smart watch, but there is strong indication from their hiring and history that one may be announced as early as October 2014. Given the rumor nature of this report, it is unknown if this problem will push this supposed launch date back.

Still unknown is how vetted the MIM process was for the pieces Apple is manufacturing with it, and how big of a risk they are taking by relying on it as the basis for a new product. In your own manufacturing plans, consider this a lesson learned.

Photo courtesy of highsnobiety.com
IT