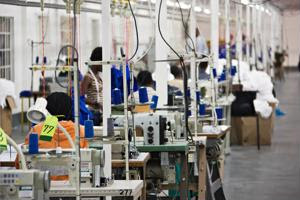 Retail giant Wal-Mart recently announced a new zero-tolerance policy its suppliers must abide by in order to keep contracts with the company. Suppliers will now be required to reveal where they subcontract jobs or manufacture goods in order for Wal-Mart to ensure its products are not produced in unauthorized facilities. Previously, suppliers were given three chances to comply if caught working with unapproved factories. The new rule will come into effect March 1 and by June 1, suppliers must have an employee within countries in which they subcontract work to better ensure compliance and eliminate the necessity for third-party agents.

These changes come just weeks after a factory fire in Bangladesh killed more than 100 workers. The facility at which the tragedy occurred was manufacturing Wal-Mart clothing, though the company claimed the work had been subcontracted to the supplier without Wal-Mart's knowledge. The supplier has since been cut off from gaining future contracts with the company.

"We want the right accountability and ownership to be in the hands of the suppliers," said Rajan Kamalanathan, Wal-Mart's vice president of ethical sourcing told The Associated Press. "We are placing our orders in good faith."

It is currently unclear whether Wal-Mart will help its suppliers and subcontractors achieve compliance in terms of safety, health and sustainability standards, or whether it will only require suppliers to work with approved facilities and not conduct checks and upgrade assistance.

The impending changes will allow the corporation to better track compliance throughout its supply chain and ensure facilities and suppliers are compliant and authorized to produce goods to be sold in Wal-Mart and Sam's Club stores. The strict rules could help prevent future tragedies like the one that occurred in Bangladesh in November 2012.

Implementing supply chain policies such as this has the potential to result in cost savings for Wal-Mart, as it may no longer need to fund excessive repairs at noncompliant facilities. To ensure suppliers work with only approved contractors, the company will make available a list of unauthorized facilities it refuses to work with. This will ensure suppliers cannot pleads ignorance when caught subcontracting work to an unapproved factory or company.

The new strategy may also further the company's reputation with consumers, as it attempts to make this knowledge known to the public and ensure customers know it takes compliance seriously.