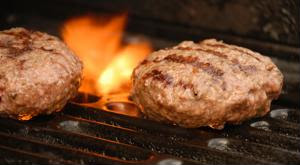 It was recently discovered that some British and Irish supermarkets have been selling meat products that contained horse meat, leading to outrage among both consumers and government officials. Irish officials discovered horse DNA in frozen beef products, leading many to question how the meat could have gotten into the supply chain.

Safety of the supply chain

​Since news of the contamination has spread, supermarkets including Tesco, Lidl, Aldi and other grocers have pulled many of their burger products from store shelves as a precaution. Some of these products were determined to have horse meat content as high as 29 percent. Even though many have claimed the horse meat does not pose a threat to the health of those who consume it, the improperly labeled products could cause customers to distrust the products or avoid them entirely.

Some consumers and farmers have called for supermarkets to better track their supply chains and employ more effective strategic sourcing strategies to ensure consumers are not inadvertently purchasing horse meat products. Concerns over other improperly labeled meat are increasing as the investigations continue and consumers have to search for beef products that do not contain horse meat. However, meat processors insist current techniques are safe and efficient.

"The great bulk of food products, including meat and meat products, are safe, produced to good quality standards and correctly described and labeled by food manufacturers," said Stephen Rossides, director of the British Meat Processing Association, according to The Guardian. "UK consumers can trust the food they buy."

Irish officials believe they may have pinpointed the problem and determined how the horse meat entered the burger supply chain. Testing revealed processing plant Silvercrest Foods was inadvertently importing horse meat from another European country in its ingredient procurement process, though the supplier and its location have not yet been named.

The contamination could be due to an effort by the company to implement greater cost savings strategies. According to the Huffington Post, beef is three to four times as expensive as horse meat. This could mean suppliers are adding small amounts of horse to slash their own expenses.

Silvercrest has since suspended production until it can develop a new testing process to determine its imported ingredients do not contain horse meat and can ensure its products will be properly labeled and consist of beef only.