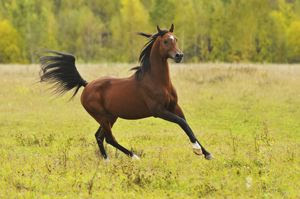 Fast food chain Burger King announced it will change up its supply chain by dropping a supplier associated with the horse meat scandal currently sweeping the United Kingdom and Ireland.

In recent weeks, it was discovered Irish producer Silvercrest Foods was supplied with beef product that contained horse meat. Silvercrest provides supermarkets and restaurants across the U.K. and Ireland with meat, and concerns about the situation have grown. Grocers carrying the merchandise have since pulled it from shelves, which could make it slightly more difficult for consumers to access the products they're seeking. While the contamination won't harm those who ingest the food, it has upset consumers across the region and draws into question the ability of the producer to adequately source its products and ensure they are accurately labeled. It also has many concerned about the reliability, security and safety of the food supply chain and which other products could be mislabeled.

Silvercrest has since halted its processes, recalled its products and is investigating how its meat became contaminated. However, this hasn't stopped Burger King, one of the most popular fast food restaurants in the U.K., from severing ties with the company as a precautionary measure even though the chain claimed there was no proof its products contained horse meat and its burgers were produced on separate lines within the facility.

The decision may have been difficult for Burger King to make - in light of the announcement, it admitted some of its popular menu items may be unavailable until its supplier issues are sorted out. This could mean the company will need to find a new and more reliable supplier that can cater to its extensive needs in a timely fashion and ensure any product shortages are short lived. Rival fast food chain McDonald's was reported to not be involved in the scandal, as the company procures its meat from suppliers other than Silvercrest.

Aside from a cultural taboo that makes some unwilling to eat horse meat, some are concerned about a chemical that may have been present in the animals. Lawmaker Mary Creagh, environmental spokeswoman for the Labour Party, claimed several horses slaughtered in the country just last year tested positive for phenylbutazone. This chemical is an anti-inflammatory drug given to horses, but has the potential to cause cancer in humans. However, none of this contaminated meat was approved for sale in the U.K., and it has been reported there is no evidence phenylbutazone was present in any of the horse meat sent out by Silvercrest.