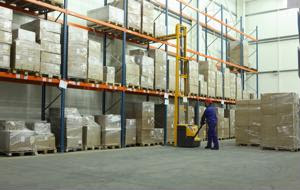 Apple increased its supplier audits in the last year, and has discovered problems in its supply chain, including underage workers, discrimination and wage issues. While some businesses find they can enjoy greater cost savings and supply chain optimization by placing manufacturing operations overseas, such moves are often heavily scrutinized by consumers and fair labor groups. Apple has long suffered criticism for the questionable working conditions provided for employees at its Asian facilities, especially after a string of suicides at one of its factories gained worldwide attention.

Concerns about child labor have long been prevalent in Apple's supply chain. While company executives claim they take the initiative to eliminate the practice in factories across Asia, instances of underage workers have been uncovered. The audits helped Apple discover one of its Chinese suppliers had employed 74 children under the age of 16 - the legal working age in the country. It was discovered the company, Guangdong Real Faith Pingzhou Electronics, had worked with a local employment agency to create false documentation for the child workers. Reports claim Apple has since cut ties with the facility and reported both the factory and employment agency to local authorities.

In the past, Apple's suppliers have been criticized for requiring employees to work more than 60 hours per week, a practice the company claims to be eliminating. According to Reuters, the company says it has achieved 92 percent compliance with this standard and is taking action against those suppliers that require employees to work longer hours.

However, long hours aren't the only concern critics have. After its auditing process, Apple found many of its suppliers required female employees to undergo pregnancy testing and some factories insisted workers be tested for a variety of medical conditions.

Bonded labor was also an issue prevalent throughout the supply chain. Many workers accumulated large debts working with recruiters and agencies that provide work placement for a fee. The workers who amassed debts in this manner have their wages automatically taken to pay their fees, forcing them to continue working for little or no money until the amount has been paid in full. Apple now requires its suppliers to reimburse "excessive recruitment fees," or any amount more than a month's wages. It asked its suppliers to reimburse a total of $6.4 million in these fees in 2012.