Home Procurement News Where is the supply chain headed for 2020?

Where is the supply chain headed for 2020? 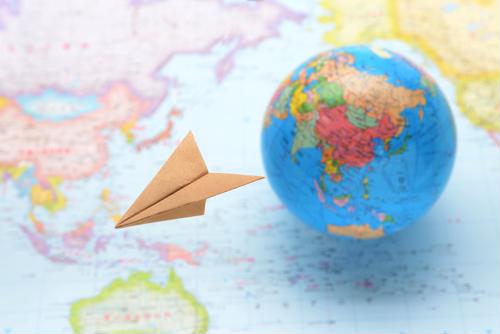 The state of the supply chain has changed a lot in the past several years and it's likely that the 2020s hold just as much upheaval in store as the 2010s did. While the long-term future of the sector may be difficult to predict, in the more immediate future there are some strong indicators of what might come next and what that will mean for companies at every step of the chain.

Perhaps the biggest overarching theme surrounding the industry in the year ahead is the fact that international trade relations still seem a bit fraught - and that more issues could arise as the months stretch on, according to Supply Chain Management Review. While the trade war between the U.S. and China seems to be cooling - as Presidents Donald Trump and Xi Jinping are poised to sign the first phase of new trade deals in the near future - it's not quite over. At the same time, other uncertainties are brewing the the Eurozone.

With the course of Brexit having more or less been decided with the mid-December sweeping victory of the Tory party (and with it, the election of Prime Minister Boris Johnson), it remains to be seen how the U.K.'s withdrawal from the European Union will proceed, the report said. There may be more certainty than there was last year, but the exact course of these decisions - as well as the fallout from them - has yet to be determined.

Broader trends
Apart from the industry implications of trade deals and other global factors, many companies are looking inward for 2020 as well, according to Infor. A big part of the reason for this is businesses the world over largely see their operations as unsustainable, both for themselves and the planet. More companies as a result will likely go to greater lengths to make sure they keep their carbon footprint minimized.

Doing so is, of course, good for the environment, but it's also good for any supply chain firm's bottom line, the report said. After all, if companies can reduce the number of "empty miles" they are paying for as part of the normal processes of doing business by even 20%, that can translate to large savings over the course of one or more years.

Getting it right
With companies increasingly recognizing the opportunities available to them, more are now making big investments in the future, according to a separate report from Supply Chain Management Review. For instance, the industry consulting firm IDC predicts that half of all large manufacturers in the U.S. will have implemented automated data analysis before the year is over, leading them to enjoy a 15% increase in some aspects of productivity.

Certainly, these issues should prompt supply chain executives to take a closer look at their own companies' efforts to keep up with larger trends and plan for a more successful 2020 so that they can also have a better time in 2021 - and beyond.
Procurement News