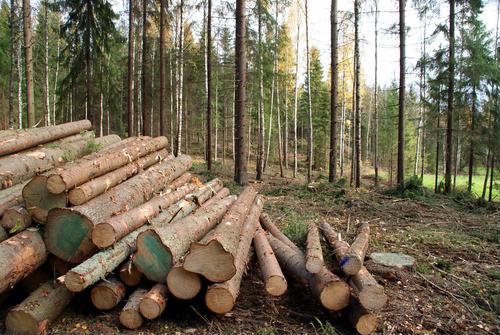 While the U.S. economy is firing on all cylinders, thanks in large measure to more effective supply chain management strategies, large swaths of Australia burn. Responders are doing everything they can to get a handle on the wildfires, which have scorched over 12 million acres thus far, according to the most recent estimates from The Associated Press.

Combined with the earth temperatures continuing to edge higher - 2019 was the second-warmest year on record globally, based on measurements from the National Oceanic and Atmospheric Administration - major corporations are going to greater lengths to be more ecocentric in their supply chain strategies.

Nestle decries deforestation
A classic example is Nestle. As reported by The Wall Street Journal, the Switzerland-based multinational food and drink processing company has let it be known that it will no longer purchase soybeans from Brazil from one of the country's largest producers due to suspicions they were cultivated on converted land. Nestle is hopeful that this new policy will demonstrate the seriousness to which they take environmental degradation in general and the damaging effects of deforestation in particular. Indeed, Nestle intends to entirely eliminate the practice from their supply chains no later than 2023.

Although there is greater awareness about deforestation, why it happens and why it's bad for the planet, the practice is still quite common, particularly in Latin America. According to 2019 data from Brazil's National Institute for Space Research, slightly less than 4,000 square miles were deforested in the Amazon last year. While that's up several hundred miles from 2018, the total is down substantially compared to the mid-1990s, when roughly 11,000 square miles were leveled.
Nestle's more hard-line stance appears to be working. Ruth Kimmelshue, supply chain and stability chief at Cargill - which is one of the world's largest and oldest exporters of soybeans - told the Journal her company is taking every effort to be more green friendly in their harvesting activities.
"We believe we have a strong ethical compass, and we have the obligation to act," Kimmelshue explained.

Hennes & Mauritz, VF Corp. go to similar lengths
Also stepping up to the plate when it comes to becoming better stewards of the environment is Hennes & Mauritz, a Swedish multinational firm specializing in clothing. The company, whose portfolio includes designer retailer H&M, informed its investors and customers back in September that it would cease and desist from purchasing leather hides from Brazil, The Journal further reported. The only thing that could reverse those intentions is if producers' ability to establish their livestock doesn't derive from portions of the country where deforestation is common. Meanwhile, footwear apparel firm VF Corporation, which uses Brazilian leather in many of its name brand dress shoes and sneakers - such as Vans and Timberland - is taking similar measures in Brazil. Approximately 5% of the shoemaker and apparel company's leather supply chain derives from South America's largest nation.

As more businesses and countries take small steps toward building a cleaner, greener planet, the hope is these efforts will pay off in a large way, perhaps evidenced by calmer weather patterns.
Procurement News