How Ikea is making the most of returned products 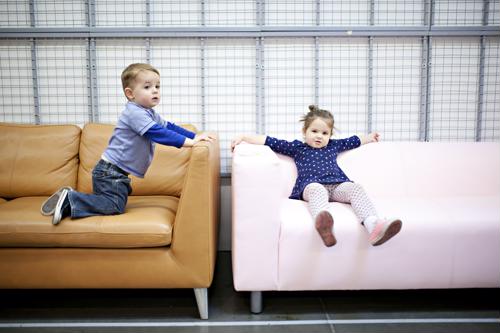 Wherever retailers sell - whether online or in store - returns occur. This reality of life for retailers is particularly true in the days following Christmas, which were especially busy this past year, as sales topped $730 billion, according to official estimates from the National Retail Federation.

While returns are unavoidable, they're also harmful - both in the financial and environmental sense. Indeed, the NRF indicates roughly $400 billion in goods wind up back in the possession of the companies that sold them. While some of these get placed on store shelves or display areas, much of it eventually find its way to landfills, increasing greenhouse gas emissions into the atmosphere.
In an effort to mitigate these harmful effects, one of the world's largest and most well known furniture manufacturers is leveraging state-of-the-art technology to mitigate supply chain waste.

The American division of Ikea, a Swedish multinational furniture supplier that's been the world's largest since 2008, says it's rolling out return optimization technology in 10 of its distribution centers in the U.S., Environment + Energy Leader reported. In addition, this equipment will also be located in at least four dozen retail stores across the country.

The retail business is all about enhancing value of products and services, the tech company stressed. Thanks to the power of machine learning, the Optoro platform can predict the best location for units returned. This decision is then relayed to warehouse and in-store on a real-time basis so staff can determine what is the most practical and efficient use of the product.

Ikea hopes to be a 'circular business' by 2030
Becoming a so-called "circular business" - where products remain in the supply chain for as long as possible to maximize their value and minimize waste - is a long-term goal for the kitchen appliance, furniture and home accessories manufacturer. Ikea America Retail President and Chief Sustainability Officer Javier Quinones told Supply Chain Dive that the company is headed in the right direction with return optimization technology in place, perhaps reaching its aim within the decade..

"Optoro's solution will enable us to eliminate much of the waste created in the reverse supply chain, from minimizing the carbon emissions released in return shipping to finding the best next homes for returned items," Quinones explained.

While these efforts are still in the early stages, the money saved - and waste reduced - Ikea experiences will likely determine the extent to which it uses return optimization technology elsewhere. Currently, it operates 430 stores in 52 countries, according to data from the supplier's corporate website. Additionally, it operates 40 factories, where in excess of 9,500 products are developed and eventually shipped to franchisees.

Ikea's parent company, Ingka Group, says it's doubling down on smart supply chain management strategies that support the environment and will happily support other businesses who share their green goals and take actionable steps toward achieving them.
Procurement News