Home Trending 2020: The Year of the Sustainable Supply Chain?

2020: The Year of the Sustainable Supply Chain? 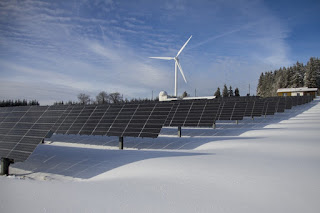 While we may remember 2019 for a number of intriguing subjects - from Baby Yoda and the area 51 raid, to the much anticipated end of Game of Thrones  - one thing topic in particular is sure to remain relevant well into the new year. That is, the ongoing move toward greener and more responsible supply chains.

Similarly, Google unleashed its new green initiatives in October, pledging $150 million to make its hardware from recyclable materials alongside plans to finally make all customer shipments carbon neutral by 2020.

If these changes weren’t enough, thousands of employees from Amazon, Google, Facebook, Twitter, and Microsoft, marched this year in support of Global Climate Change, hoping their companies would continue to support sustainability in an effort to conserve and save the planet.

Despite these wins, some sustainability goals set by CPG companies appeared a bit lofty: from Kellog and Kraft Heinz, to Nestle and PepsiCo, more than 50 CPG companies failed to demonstrate their goals to reduce supply chain deforestation this year, per Greenpeace’s Countdown to Extinction report.

While many of these CPG companies do not need to report their metrics until 2020 (meaning they have another year to hit their targets), their unwillingness to disclose supplier names or progress one year away from their goal dates appears alarming.

It begs the question, will 2020 signify another year of big companies setting overzealous goals in the fad of appearing eco-conscious? Or will the decade truly further sustainability practices and implementation with the end result of saving our planet from destruction and extinction?

For Corcentric, sustainability has already been a hot topic in the new year. The leaders in Source-to-Pay just received Supply and Demand Chain Executive's Green Supply Chain Award for the eighth-consecutive year.

What else will 2020 have in store? There's only one way to find out!
Trending