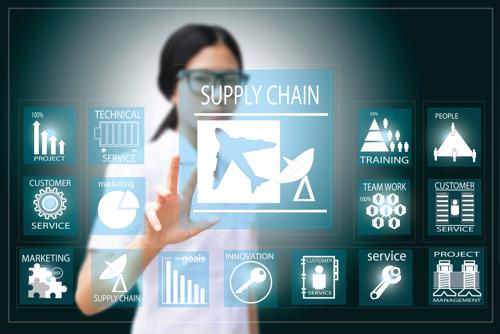 The use of blockchain technology to store and transmit secure data has become a topic of intrigued discussion across industries over the past few months. While it's probably still best known as the concept behind bitcoin and other cryptocurrencies, blockchain technology could become a more widely applicable backbone for everyday enterprise software.

The supply chain is a hotspot for discussion of next-generation blockchain usage. Secure, quick and accurate data tracking and transmission has powerful implications for companies trying to ensure goods move smoothly from one partner to another. Complications such as cross-border transportation could be easier to address when trading partners have access to a blockchain ledger. This potential has brought a wave of investigation by interested companies.

Executives' interests revealed
According to Computerworld, a recent trip to China taught Bill Fearnley Jr., IDC Worldwide Blockchain Strategies research director, that leaders are interested in the improved recordkeeping enabled by blockchain ledgers. Fearnley added that companies with their own systems on this model can gain limited value. If they want to see large-scale returns on their technological investment, they'll have to connect their digital networks to trade partners' infrastructures.
When businesses commit to blockchain-based finance records, they replace inefficient old systems that are holding them back. Fearnley noted that there are still faxes, paper documents and phone calls passing between businesses. When companies collect information via fax, then enter that content into a simple spreadsheet, the risk of human error or careless data loss is great. Blockchain technology could give organizations a new and more accurate way to handle this information, providing immediate value.

Maersk Line North America CEO Michael White told Computerworld that even when companies aren't dealing with paper, they are handling antiquated technology. Electronic data interchange systems are based on a 60-year-old framework, and it's time for an upgrade. Speed and visibility will both get increases, and White praised the ability of blockchain-based systems to keep stakeholders in the loop about any changes made to their shared documents. Partners will always be working with consistent records, which will help their interactions.

Escaping currency's shadow
As practical uses for blockchain ledgers become clearer, the underlying technology will continue develop an identity separate from cryptocurrency. This shift will be a necessary and important step in the mainstreaming of these applications, as the past year has proven to be extremely volatile for bitcoin. GeekWire pointed to practical supply chain uses for blockchain ledgers revealed at the MIT Enterprise Forum of the Northwest, an industry get-together held at Seattle University.

These early implementations include Boeing's documentation of its airplane construction supply chain. Considering the amount of parts that go into a single plane, improved accuracy in component tracking could be transformative for the aviation giant.

Walmart is also employing a blockchain ledger in its supply chain, focusing on its international food acquisitions. Since importing these items is a process governed by numerous strict customs laws, it is a scenario where blockchain technology can shine, carrying accurate and timely information that will help the foods pass inspection and get to their destinations on time and accounted for. More such use cases will likely accrue over the months ahead.
Procurement News