Capital Sourcing in the New Environment: They Didn't See This Coming 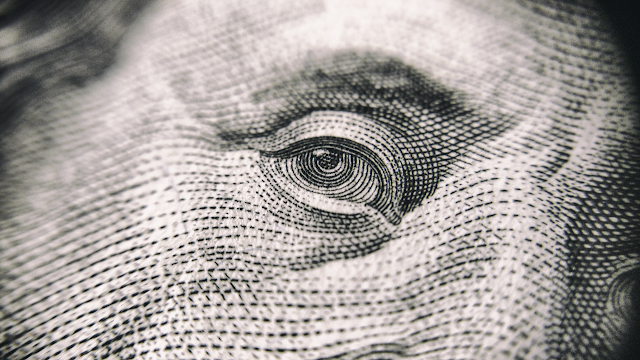 This blog comes to us from Chuck Brady, C.P.M.

Much has been written in both the business and the secular press about the effect of the new tax law enacted in the waning days of 2017.  Dozens of corporations have announced bonuses for their employees.  AT&T and Comcast, between them, will give $1,000 bonuses to some 300,000 employees. Walmart will dole out $1,000 bonuses and will raise its corporate minimum wage to $11/hour. Wells Fargo and Fifth Third are raising their minimum wages as well.  Take home pay for some 90% of wage earners will be increased due to lower amounts of Federal income tax withheld.  Does anyone believe that recipients of these bonuses and higher paychecks will stash the money in their mattresses?  Isn’t it more likely that they will either spend those bonuses, pay off some of their debt, invest the money, or some combination of the above?

Some corporations, Apple notable among them, have announced plans to invest $Billions in the US over the next few years.  Fiat Chrysler even announced the repatriation of some of its production back from Mexico – accompanied by $1Billion invested in their Warren, MI facilities. These are just some of the headlines.  Many more corporations are doing the same thing.

Part of these investment plans is spurred by provisions in the new law that drastically reduce the penalty for repatriating profits that have been “stranded” in other countries.  Before the law, those profits would be subject to a 35% tax as soon as they were brought to the US.  Now, profits earned and kept offshore are subject to a one time tax of 8 – 15.5% whether they are brought back or not and offshore profits thereafter will not be subject to additional tax.  Profits earned in the US will be taxed at 21%, down from 35%. There will no longer be “double” taxation on profits earned overseas.
This is huge.  The US is suddenly competitive on tax rates with other developed countries.

Yet another provision of the new tax law is the treatment of capital expenditures for smaller companies.  In some cases $1 Million in capital expenses can be written off in the year of purchase rather than being depreciated over multiple years.  Although this provision is not available to larger firms, the effects of decisions by many smaller firms can have a great impact on the supply market as well.

All of these factors will likely cause a surge in capital spending in the near term.
What does this mean for Sourcing operations?  It means many headaches and a few opportunities.

The capital supply market (construction, equipment, installation contractors) by its nature is incapable of supporting a large surge of capacity.  Let’s think about this.

A large construction project in any location will absorb hundreds of skilled workers.  Two large construction projects close to one another will absorb skilled workers from far and wide, if they can be attracted at all.  Wage competition for the limited work force will drive up costs.  Now think about this happening all across the US.  Remember also that the unemployment rate is 4.1%.

It is easy for a Sourcing professional to despair when faced with such an environment.  After all, capital projects by their nature tend to be unique, unrepeatable events.  Knowledge of the specifically relevant supply markets may not exist in the Sourcing department that supports on-going operations.  Engineering and or Operations may believe that capital spending is their turf.  Sourcing professionals often need to face off against unfamiliar suppliers from the outside and maverick buyers from within.  Without capital sourcing experience, it is hard to hold the attention or the respect of the parties involved. As we have seen above, suppliers may be unwilling or unable to provide the desired lead-times or competitive pricing. Only those who understand the unique nature of capital sourcing stand much of a chance.

When the world looks its bleakest, that is when Sourcing professionalism can come to the rescue.  Let’s face it – things can’t get much worse.  Nearly anything that Sourcing can do to improve the situation will demonstrate the value of the Sourcing Management process.  Understanding the real needs, the nice-to-haves, and the luxury components of the purchase is vital.  Expanding the pie from a single purchase to a program of purchases can help as well. Using payment terms both to attract suppliers and to keep them focused, if management allows, can be very powerful.  Calculating the Total Cost of Ownership, and addressing service component needs will show the value that Sourcing brings to the organization.  One of the most valuable things that can be done right now, however, is to warn management that they are already late to the party and that swift decisions will give them an advantage over their competitors.

Putting skilled and experienced capital sourcing professionals in place now will help companies to take advantage of this new environment.  It is too late to develop this capacity in-house. And once you have developed those skills, the need to retain them will go away after the capital investment projects are complete.  This is time to bring in skilled resources from outside your company.

Chuck Brady, C.P.M. is a Senior Sourcing Consultant with expertise across a wide range of processes. He has decades of experience in Strategic Sourcing, Global Procurement, and in the implementation of procurement systems. Brady's particular areas of category expertise include Capital, Construction, Contracted Services, Facilities, and MRO, and he has helped produce savings in sectors including Hospitality, Steel, Textiles, and Retail.
Guest Posts