Home Featured On Championship Teams, Procurement is Both Punter and Quarterback

On Championship Teams, Procurement is Both Punter and Quarterback 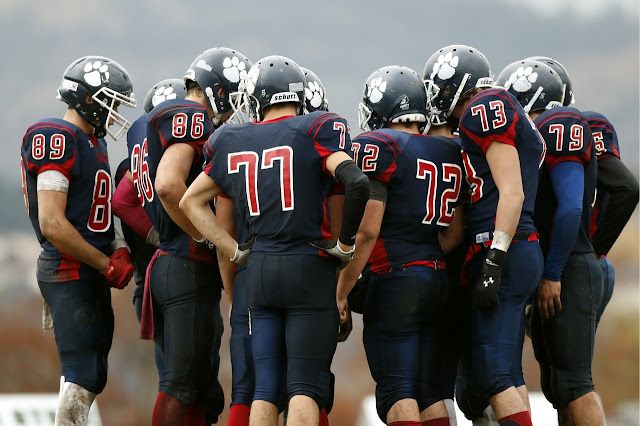 In 2014, NFL veteran Ray Guy earned a place alongside the league's all-time greats in Canton, Ohio.  Enshrinement in the Hall of Fame is an uncommon achievement for any player. Just over 300 have achieved the distinction throughout the league's history. For Guy, however, the feat was especially impressive and unexpected.  The former Oakland Raider became the first - to date only - punter to claim a spot in the Hall.

The decision was met with no small amount of controversy.  After all, punters and kickers are practically second class citizens on NFL teams.  Few collect large salaries, and even fewer achieve the level of name recognition that players in more glamorous positions enjoy.

Bias against punters is somewhat understandable.  At a glance, their on-field duties are the exact opposite of a quarterback's more obviously strategic ones.  Their impact on the scoreboard is rarely obvious, they spend very little time on the field, and only unsuccessful punts ever wind up on highlight reels.  To denigrate these players, however, ignores the considerable strategic impact of a well-executed punt.  The best punters consistently place their opponents on the wrong side of the field.  This sets the stage for defensive success and mitigates risk for the quarterback and his offense.

Guy's induction reignited the debate over a punter's importance to team-wide strategy.   Recent years have seen similar conversations emerge regarding Procurement.  Historically, Procurement has faced its own share of misconceptions and belittlement.  Seen as a tactical asset at best and a cost-slashing adversary at worst, Procurement and its practitioners have languished on the sideline for years.  The quarterbacks at the executive level and at the head of other departments have resisted Procurement's influence, undersold its value, and created unnecessary division between teammates.

Punting, like old-school Procurement, can often look purely tactical and reactive in nature.  To the untrained eye, NFL teams bring out their punters exclusively to perform damage control.  Punting means things have gone poorly for the offense. They're losing field position, the fans are grumbling, and scoring points looks like a dream.  It's now up to the punter to win back some yardage with an effective kick.

In the old days, companies typically leveraged Procurement for a similar purpose.  Waiting until fourth down, they would call upon their purchasing team to quickly make calculations, cut the necessary costs, and make sure the lights stayed on.  Engaging with Procurement was like snapping the ball to your punter.   It meant your team was losing.

Procurement's own Ray Guys have changed the department's reception and distinguished themselves as indispensable team members.  Business leaders are increasingly recognizing that Procurement's strategic value goes well beyond saving dollars on fourth down.  Their risk-averting tactics are now maturing into components of fully-strategic game plans.  In fact, within best-in-class companies, Procurement has begun to combine the value-adding qualities of both a punter and a quarterback.  They still save their companies from poor field position and help discourage future losses.  More and more, however, they are stepping inside the huddle and working with leaders at every position to draw up plays for scoring savings.

Victory on Sunday will mean locating value in unexpected places.  For the Eagles, a well-placed punt could make all the difference in keeping Tom Brady out of the end zone.  For your business, a well-appointed Procurement unit could make all the difference is gaining a competitive edge, establishing fruitful supplier relationships, and inspiring sustainable, enterprise-wide change.