Home Communications Events IT Trending Consumer Alert: Your Internet Is At Risk

Consumer Alert: Your Internet Is At Risk 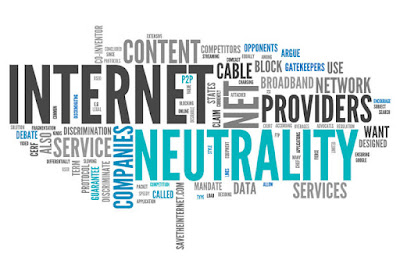 For those who have been paying attention, the news has been buzzing lately about the repeal of the 2015 Net Neutrality rules. Previously I wrote about the potential of this happening and what the impact to businesses could be (Net Neutrality & Vendor Selection Criteria) but now the Federal Communications Commission (FCC) chairman, Ajit Pai (with major influence from party supporters and the big telecom companies), has been successful in his pursuits. Pai originally proposed back in May 2017 that he would be campaigning to peel back the open internet order and net neutrality regulations set in place by his predecessor and was able to influence the repeal which was passed by a 3-2 party-line vote.

What does this mean for the future of the internet? While it is still too soon to tell, it is been very evident that there will soon be additional premium services and increased spend implemented by broadband providers. This will inevitably have an impact to big businesses however it’s the little guys (start-ups, small businesses, etc.) that will most likely face the greatest struggle.

This is primarily due to one major factor: money. Not surprising since it tends to be the root of most business and life decisions but where it’s really going to come into play here is around those premium services I mentioned above. The terminology may shift but what I’m referencing are those broadband ‘fast lanes’ that telecom providers will now be able to set up and charge additional fees for. These fast lanes will enable businesses to pay for their content to show up first in a search, load faster, or limit access to customers. Not only will providers be able to throttle the speeds that your content is retrieved but it also gives them the ability to entirely block its access. 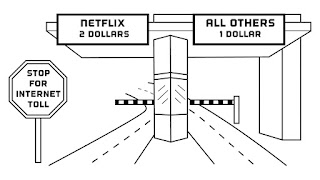 Companies like Facebook, Netflix, Spotify, etc. will be effected but have the money to establish agreements with the telecom providers to ensure their platform is ‘safe’ but it’s the smaller start-ups and online innovators will most likely not have the influence or capital to do the same. This also holds true for many companies that traditionally put content out for free and relied on advertisements for revenue. If they’re now paying for their content to be unaffected by the providers, can we expect that cost to be passed on to the advertisers they currently rely on or will the model change and require a monthly fee from customers? Our favorite apps, blogs, news, and social platforms are at risk.

So if you’re a start-up, innovator, or customer that feels plighted by the repeal of the regulations, what options do you have? Unfortunately, the options are not much. If you feel a provider is not operating in an anti-competitive way, you can enact antitrust laws however, that will most likely require money for legal fees that you might not have. Alternatively, you can also become (more) active in some of the political movements to engage local congressmen and senators to push legislation to overturn the ruling. Both options will require patience and persistence but in the meantime is important to stay aware of how providers are changing your services.
Communications, Events, IT, Trending