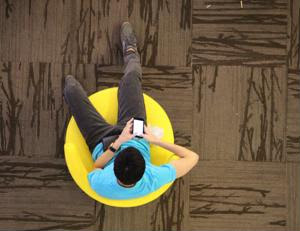 Earlier this week, Samsung Electronics Co. announced that it would be halting the production of its Galaxy Note 7 product while regulators investigate the influx of issues that users have reported with the smartphone. In addition to advising all carriers and retailers across the globe to discontinue sales during this time, Samsung also recommended that any customers who currently use the product to "power down and stop using the device and take advantage of the remedies available."

But today the South Korea-based company said that it will be permanently discontinuing the product and sale of the Galaxy Note 7 - one of its premium smartphones, The Wall Street Journal reported. Shortly after first releasing it back in August, Samsung was almost immediately forced to recall over 2.5 million phones when they began to catch fire. Although the world's biggest smartphone manufacturer said it had fixed the issue - which it originally attributed it the batteries - customers continued to experience the same issues with replacement devices.

According to The Wall Street Journal, Samsung shared dropped 8 percent, marking the largest one-day drop in almost a decade. However, the loss that the company could potentially face is estimated to be a lot higher. The source noted that one analyst forecast it to hit $2.8 billion for the remaining months of 2016. Another analyst proposed that the entire Galaxy Note line be eliminated - which would certainly further hurt profits considering the Galaxy Note 8 was planned for 2017.

Many have questioned and scrutinized Samsung's delayed reaction to the reported cases of the phones overheating, as well as the seemingly sluggish timeline to recall and discontinue production, let alone take responsibility for the missteps.